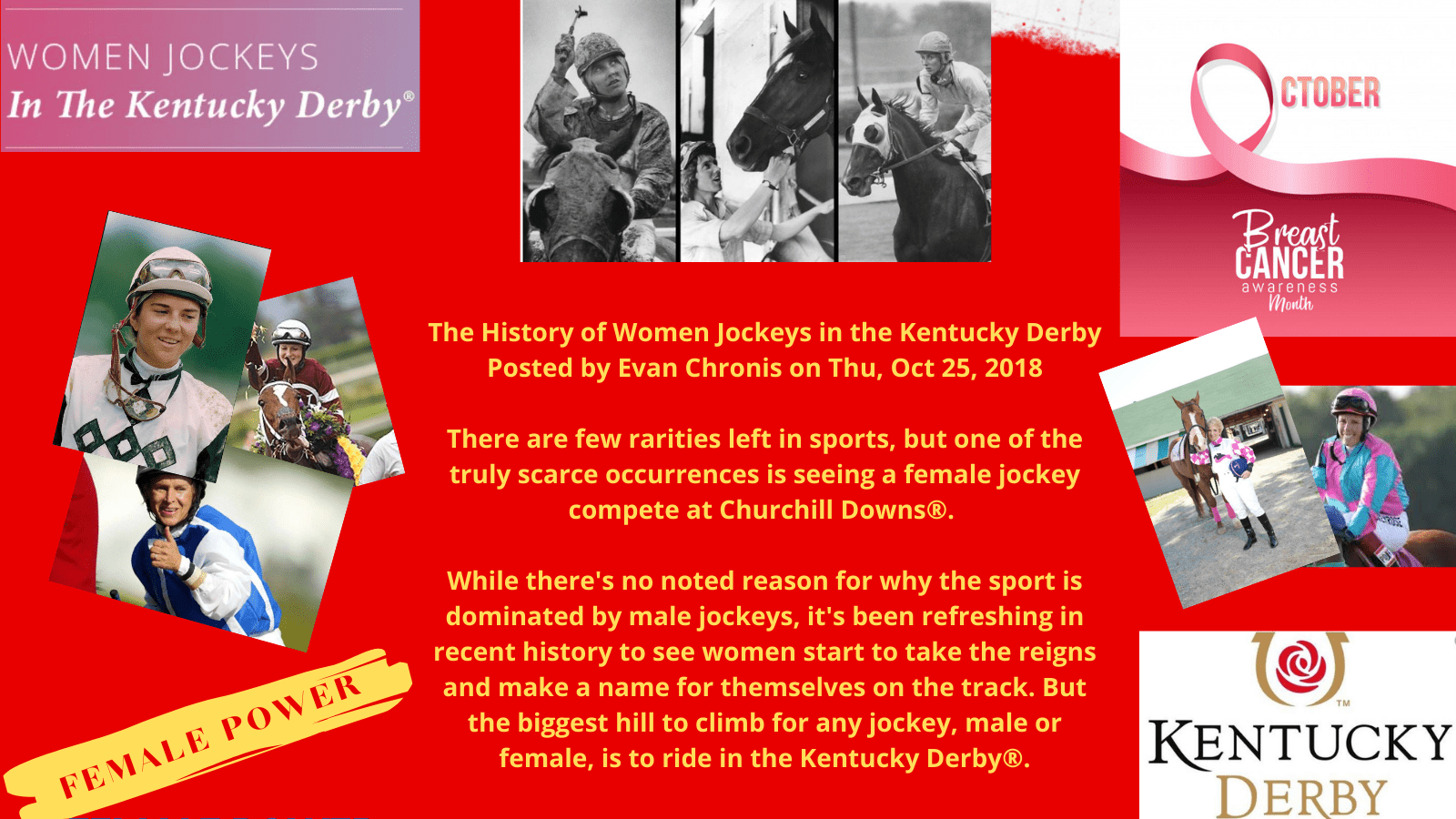 CLICK LINK TO SEE ALL FEATURES OF THE DERBY MUSEUM. https://bit.ly/3njb4sm

Women may have been voting in the United States for a century, but they have only been allowed in the starting gate for half that long. Until the late 1960s, girls who dreamed of making a career on horseback had limited options for how they could ply their trade. Outdated gender restrictions at racetracks barred women from even the most basic jobs, forcing them to look across the border or to the Western exhibition and bush tracks for the work with horses they craved. Jockeys like Lillian Jenkinson, Anna Lee Aldred, and Wantha Davis took what they could get, racking up wins they knew would never be recorded in the Daily Racing Form. Diane Crump, Barbara Jo Rubin, Sandy Schleiffers, Patti Barton: these are the names of the first American woman riders who took the concept of the American female jockey from sideshow fascination on the exhibition circuit to superstar at the major tracks.

Beginning with Kathy Kusner’s landmark Civil Rights court case against the Maryland Racing Commission in 1968, the newly-licensed trailblazers systematically broke through barriers by proving their determination, dedication, and skill as jockeys. In the face of discrimination and disappointment, the first generation of female jockeys found strength in their love of horses and a passionate desire to ride fast horses at any cost. The legacy of their struggle lives in the successes of women like Julie Krone and Rosie Napravnik, who distinguished themselves as top riders of either gender. Right to Ride, inspired by the 50th anniversary of Diane Crump’s historic first ride in the Kentucky Derby in 1970, tells this story of the intrepid women who refused to settle for second best and made it possible for future generations of female jockeys to enjoy—at the highest level—their right to ride in professional Thoroughbred horse races.

This exhibit is included in your General Admission ticket.