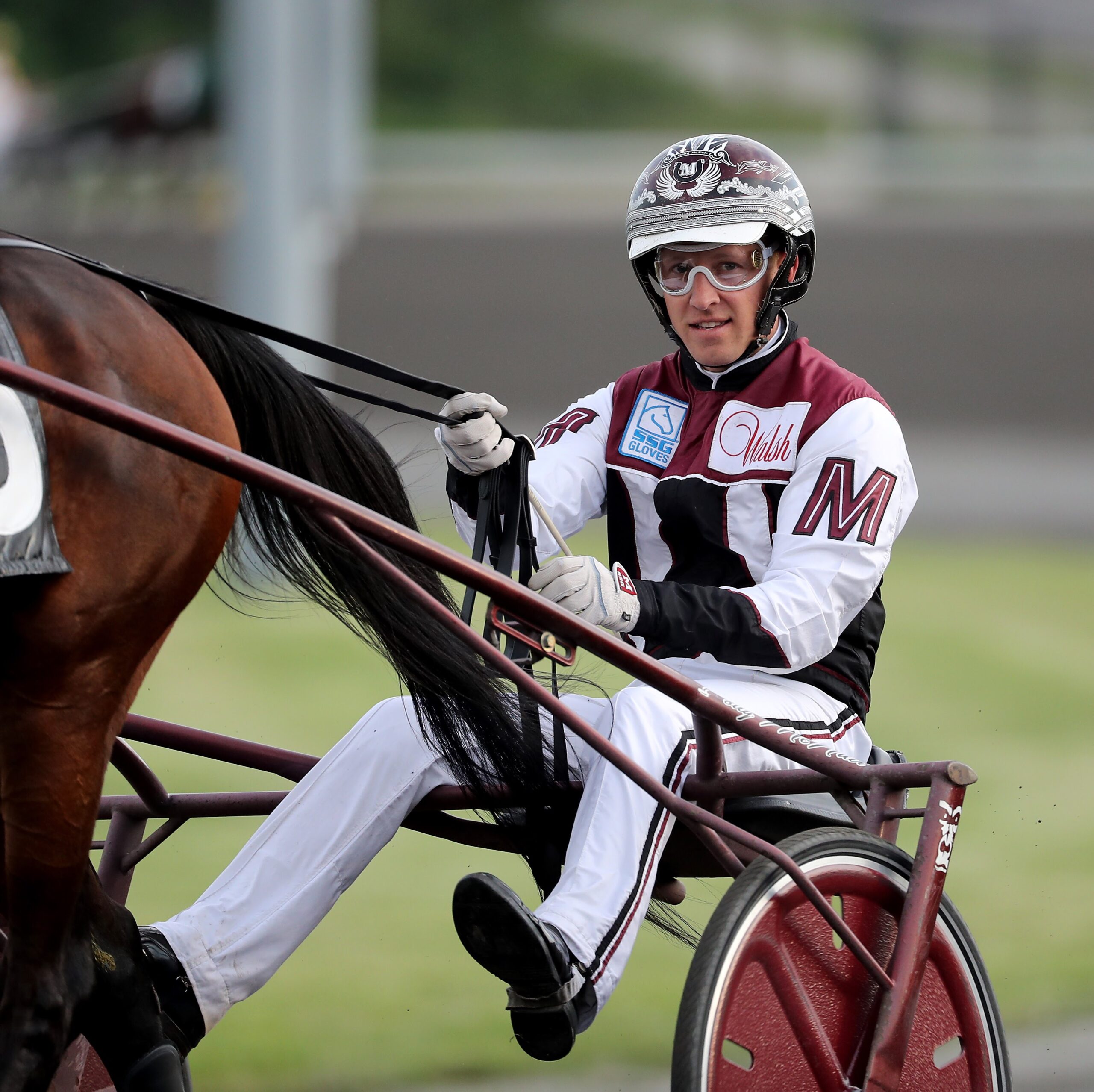 With the extension of Ontario’s shutdown and the return of racing in the province yet to have a clear date, driver Doug McNair will be taking his tack stateside.

“It just doesn’t look like anything’s going to open up here for about five, six weeks,” Doug McNair said to Trot Insider. “There were a few guys that told me a few months ago that I should be going down there anyway. As soon as they shut down here, there was lots of talk about heading down there. You can kind of stick it out for two, three weeks. We’ve almost been off for six months out of the last year. It gets to a point where you have to start doing something for yourself financially and mentally.”

McNair plans to race on the tri-state circuit beginning on Friday (April 23) at Harrah’s Philadelphia and already has been named to drive at The Meadowlands, Yonkers Raceway and The Downs at Mohegan Sun Pocono in his first weekend. He also said that the Ontario shutdown has provided him with an opportunity to try his hand on the Northeast circuit, of which many people have encouraged him.

“One of Carmen [Auciello]’s owners, Aaron Waxman, was the one kind of in my ear about getting down there because he’s racing a few down there himself,” McNair said. “I know Carmen’s racing, and Blake MacIntosh has 20, 25 down there, maybe 30. My dad’s [trainer Gregg McNair] also going to have 12 down there by the end of today or tomorrow. There’s going to be a lot of Canadian-based trainers there. And then there’s a lot of guys from the States that I’ve had success with over the years that are going to be helping me out quite a bit. They aren’t going to fire the main guys right away, but there’s going to be guys booking off and spare drives around.

“I’ve always wanted to try it down there anyway, to be honest with you,” McNair also said. “People [suggest to] me that I better go there and stuff like that. This is kind of a nice time to try it out to see if I would’ve liked it or wouldn’t have liked it. It’s not permanent, hopefully, it won’t be more than a month or six weeks. You never know what’s going to happen.”

For the moment, McNair says he will bide his time in the U.S. with no plan except to race. And given his move comes as stakes season will soon begin at most tracks in the country, McNair has no expectations of what his time in the northeast will hold.

“You never know, weirder things have happened. You get lucky and pick up a really nice drive, it’d be a privilege to drive a nice stakes horse. It’s not like I’m going down there [expecting that]. There’s a lot of guys that have a lot of stuff to prove. I know them there, I’ve been down there lots. It’s just going to be nice seeing fresh faces. Even at the racetracks, you don’t see anyone new. It’s going to be nice to have a little change for a while.”

Whether and when McNair has plans to return to the province, he says, depends on when racing restarts and when the stakes season in Ontario can begin.

“When the tracks open here, even if they open the end of May or the first of June, it’s not going to be full fields, 12 races. There’s no way there’s really a possibility that some of the early stakes races are going to be ready. I think some of them are going to start at the end of May — there’s no way they’re going to be racing. There’s not going to be any big races the first few weeks we start back here. If you happen to get doing decent down there, you could kind of wait it out a bit until things really get rolling up here and stakes season starts back.”

McNair is the next of several prominent Ontario horsepeople to move his operations to the States as a result of the shutdown. Last week, Bob McClure headed south to race Luc Blais and Determination’s horses coming up to stakes season. On Monday (April 19), Tioga Downs announced that Jody Jamieson will join its driving ranks for weekends through May. And on Tuesday (April 20), Trot Insider learned that Louis-Philippe Roy, Rob Fellows and Trevor Henry are heading to Harrah’s Hoosier Park to race for the foreseeable future.

“Between my dad, Blake and Carmen — there are a few others too — I can count like 60 or 80 horses right there [heading to the States],” McNair said. “That’s quite a difference — that could be a whole week’s worth of racing at Mohawk or somewhere up here.

“It’s going to be hard once [Ontario tracks] open back up,” McNair continued. “[It’s not like] they’re going to bring them back tomorrow. You’ve got to get your papers together and get your help lined up. It just doesn’t happen overnight. I know for sure the three-year-olds will be coming back for most people because obviously Ontario-sired horses are not going to give up that kind of money. As far as racehorses, there are some racehorses that might be able to go down there and might not come home.”