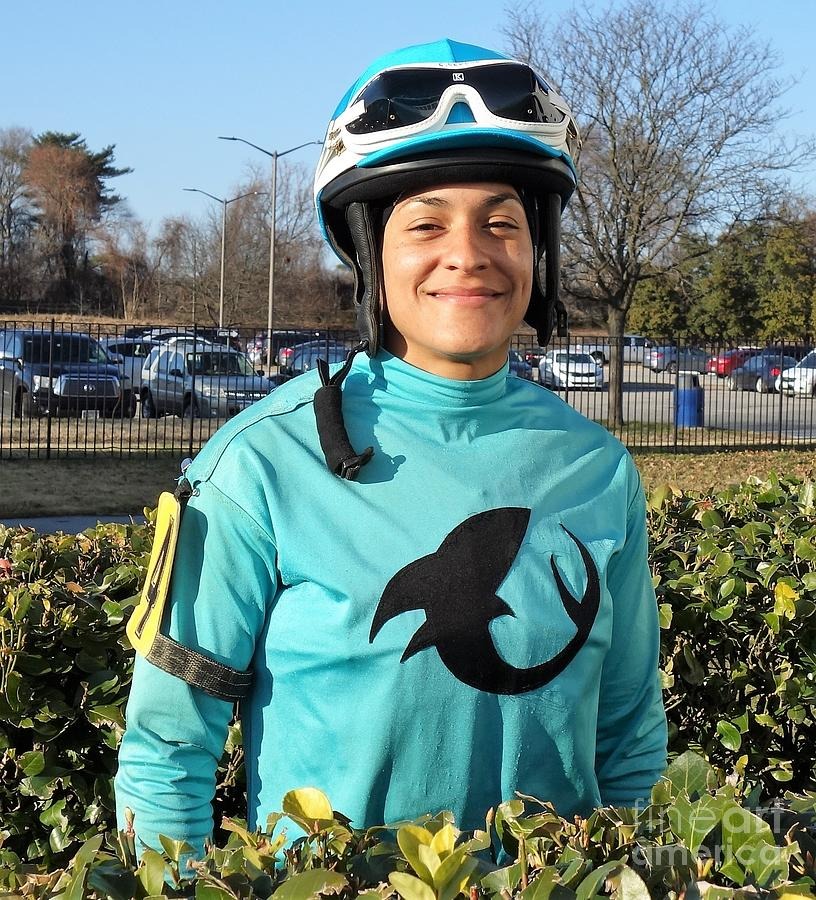 ‘Never Give Up’: Jock“I’m so happy because not too many girls from Puerto Rico come here and do good,” Cedeno said. “When I came to the U.S., everybody gave me a hand, and I appreciate that. Everybody helped me, the trainers and the owners. Everybody was happy with my job, and they keep helping me. Thank God I’m doing good.”

Cedeno had limited exposure to horses growing up in Puerto Rico before attending jockey school, coming to the U.S. shortly after graduating at the age of 18. She rode five winners at El Commandante – renamed Hipodromo Camarero in 2007 – before her arrival, making her mainland debut April 9, 2007, at Philadelphia Park.

It was at Philadelphia Park April 24, 2007, where Cedeno registered her first career victory aboard Coco’s Gold, a 4-year-old filly trained by Keith LeBarron. Cedeno finished her rookie season with 120 wins from 989 mounts, both career highs.

The mother of two children, ages 11 and 8, Cedeno had made the occasional return to riding in Puerto Rico, as recently as last March, when she won aboard New Year Express at Camarero.

“I know they are watching me. It’s hard because I want to spend more time with my kids,” Cedeno said. “My mom, she helps me. They’re getting big, and they ask me all the time to be with them, and I try to do my best.”

Cedeno settled Perpetrate between horses in the backstretch as Classy Solution and Company Clown battled for the lead through splits of 24.16 and 47.70 seconds. Perpetrate began moving up on the far turn and straightened for home with work to do but came with a steady run through traffic to edge Hard Sting along the rail and Martini Lane on her outside for the win.

Jockey Julian Pimentel, aboard sixth-place finisher Lasting Image, lodged an objection against Perpetrate for interference in the stretch, but the claim was dismissed following a stewards’ inquiry.

A multiple graded-stakes placed jockey, Cedeno set a career-high with $2,818,981 in purse earnings in 2020, reaching triple digits in wins for the fourth time (112), all in the last five years. She finished tied for fifth at Laurel’s truncated winter to meet with 19 wins from 83 mounts.

On July 11, 2018, Cedeno set a Delaware Park record with seven winners on a 10-race card. The previous mark had stood for more than six decades and was shared by six previous riders.

“Just working hard, never give up,” Cedeno said of the secret to her success. “Sometimes you have bad moments. Never give up; keep working hard and coming back.”