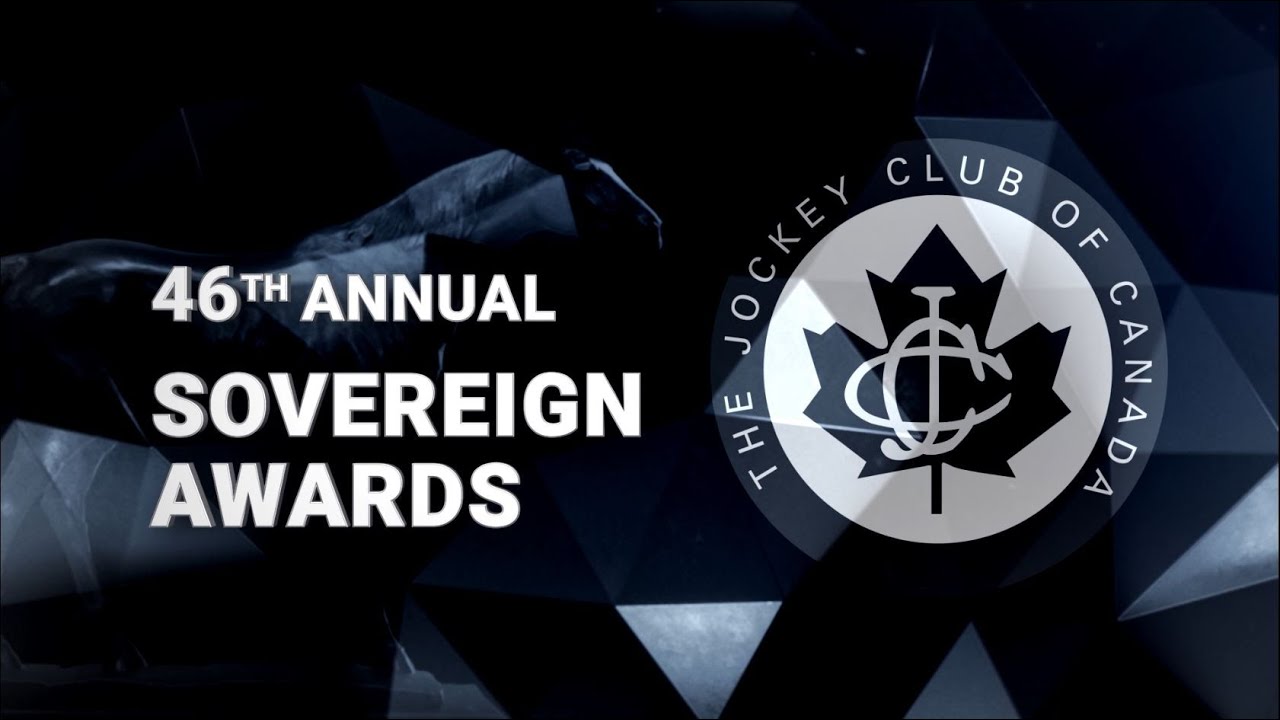 The one-eyed wonder won two-thirds of the Canadian Triple Crown and also was named the champion 3-year-old colt.

MIGHTY HEART, the 2020 Horse of the Year – Woodbine/Michael Burns photo

The accomplishments of some of Canadian racing’s top horses and horse people were celebrated on the evening of April 15 at the Virtual Sovereign Awards, the 46th awards night and second consecutive that had to be done online due to the COVID-19 pandemic.

Jason Portuondo and the Woodbine Entertainment production team took viewers through a recap of the 2020 racing season in Canada and through the 22 awards with appearances by presenters and special speeches by Sam-Son Farms’ Rick Balaz and Mark and Kim Samuel when the farm was honoured with the Special Sovereign.

MIGHTY HEART was a unanimous choice for Champion Three-Year-Old Male and won HORSE OF THE YEAR by a vote count of 95 to 78 over PINK LLOYD, who won his fourth straight Champion Sprinter title.

Lawrence Cordes’ homebred son of Dramedy returned to Woodbine in the spring of 2020 after the first two career races at Fair Grounds in New Orleans where the colt raced erratically on dirt and grass.

He won his Woodbine debut, finished third in a key allowance race and then romped in the Queen’s Plate in near-record time. Trained to perfection by Josie Carroll, Mighty Heart went on to win the Prince of Wales Stakes at Fort Erie before tiring after a pace duel in the Breeders’ Stakes. He ended his season with a third-place finish in the Grade 3 Ontario Derby.

PINK LLOYD won an unprecedented fourth straight Sprint title for Entourage Stable and trainer Robert Tiller. The gallant Old Forester gelding is back for racing in 2021. Pink Lloyd won three graded sprint stakes in 2020 but curiously was not a unanimous choice.

CURLIN’S VOYAGE, now retired, eked out Champion Three-Year-Old Filly by 83 to 76 over Merveilleux. Curlin’s Voyage won the Woodbine Oaks and was coming off a 2019 season in which she was named Champion Two-Year-Old Filly.

The closest vote total was the 2 points that got American mare THEODORA B the Sovereign for Champion Turf Female, 90 to 88 over Sam-Son Farms’ Rideforthecause.

There was a mild upset in the Outstanding Trainer voting as MARK CASSE, Woodbine’s leading trainer, edged JOSIE CARROLL 120-100 points for his 10th straight and 13th Sovereign. With Carroll winning all three legs of the Triple Crown as well as the Woodbine Oaks, many thought she would collect the trophy.

HORSE OF THE YEAR – MIGHTY HEART

Mark Samuel – “The Sam-Son story stretches back over 50 years, far too many people and horses to do it justice.
My father would have likely gone on for 20 minutes or more. I know his focus would have been thanking others.
Deep heartfelt thanks to grooms, jockeys, competitors, tracks, loyal fans and friends; we share this award with all of you. Thank you to the incredible horses over the decades to allow us to experience joy and resolute shared love.
They have given our family so much.”