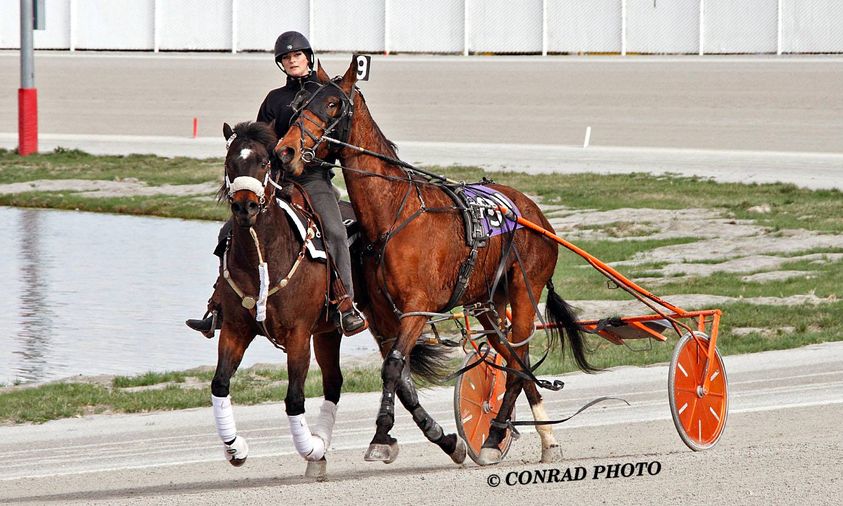 Batavia Downs is pleased to announce that Ashley Holliday has been named the parade marshal (outrider) for the remainder of the 2011 harness racing season. Holliday has a strong passion for horses when she grew up working for her parents, Ken and Sherri Holliday.

Working around the barns, it didn’t take long for her to realize she wanted a career that would allow her to work with horses.

In 2007 she started out in Ohio at Northfield Park where she worked as the parade marshal for two years. She then relocated to Columbus, Minnesota, and began working for Running Aces Harness Park. She stayed there for 3 years, and in late 2010 decided it was time for a change — that has eventually led her path to Batavia to be here at the Downs.

“I get to ride my horse for a living, and do what I love,” said Ashley Holliday.

“The parade marshal is a nice addition to bring back to the races. It definitely dresses up our product,” Todd Haight, general manager of live racing, said. “This also provides more safety for our horsemen.”

The Batavia races are available via live streaming video at www.bataviadownscasino.com.