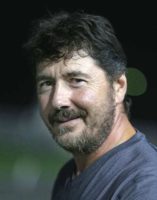 Harold Howe • Jan 20, 2021
It continues to be inexplicable that some stories get overlooked or dismissed or ignored in Canadian racing. It’s happened for years, but maybe it is getting worse.

Right now, the most glaring example is the failure to recognize trainer Luc Blais for the best season of his career. His team, owned by Determination Stable, won just under $3 million in purses but, more importantly, averaged $14,751 a start from 197 appearances. That is extraordinary by any measurement.

Led by the Big Three – On A Streak, Donna Soprano, and Macho Martini, this Campbellville, Ontario barn was a powerhouse, particularly when big money was on the line. Success for any trainer is about winning and then about winning the races that really matter. Not everyone can set a horse for a race and then do it again and again as required with today’s racing.

Much is being written about the National Hockey League’s reduced season to 56 games from the customary 82. The pressure to perform in a tight schedule is unrelenting, but it is no more demanding than what Ontario horse people went through in 2020. The stake events were staked on top of one another. The challenge of having a horse fighting fit was greater than ever, but Blais, for one, rose to the occasion.

If never getting any personal awards bothers Blais, one would never know it. He is too busy getting his 33 horse team ready for the 2021 campaign. He does not say, but one wonders if he subscribes to the late Bill Wellwood’s theory about awards. He once famously said, “Take one of those bronzes to you banker and see what he has to say about it.”

Some are dismissive of Blais’ accomplishments (5 consecutive years of over $2 million in purses…just sayin’) because of the proliferation of expensive yearlings. Determination Stable comes up with each fall.

That is true. Serge Godin is not shy about buying horseflesh. But the game is littered with high-priced horses that could not answer the muster. Selecting, developing, and managing these young horses should be that easy.

One wonders how they explain the juvenile colt, Macho Martini. That son of Muscle Mass was bought from Concord Stud for (US) $37,000. Now, how many trainers took a pass on him at that Harrisburg sale despite being in the very affordable category? He only won $454,000 despite finishing third in the William Wellwood and second in the Ontario Sires Stakes Super Final.

At the end of the day, its honours and awards are all irrelevant. They are subjective and what does matter is what happens on the racetrack. Blais is very enthused about the new year in no small part because he sees On A Streak, Donna Soprano, and Macho Martini all hanging their heads out of their stalls when he enters the barn in the morning.

“I am very pleased with Donna Soprano in particular. She is noticeably taller and still growing. She is a funny filly who is not easy on herself, as she showed in the Breeders Crown elimination. She likes routine, and that trip to Indiana was her first time outside Mohawk. I think she was stressed about it. But I sure like the way she looks now.”

“On A Streak is just the opposite. He is very laid back – a bit like a government employee. Not too much gets in his way. In the beginning, he was a slow learner but blossomed at all the right times. He’s grown a little bit mentally is right there. He’s just back jogging this week, but I can see in his attitude how he is.”

“Macho Martini had a good season, and I’m excited about his coming year. Not any bigger, but it for sure looks stronger. I try each year to go to more of the farms to see the yearlings, and when I went to Concord Stud and saw him, he stood out from the group. He caught my eye, and I have no idea why he sold for just $37,000. We bought his Royalty For Life half-brother last fall, but I like the Muscle Mass breed. He reminds me of Garland Lobell in his day. You could buy them at all price points, and so many did well.”

Those are the thoughts of Blais on his big guns, and there are 14 yearlings, but we’ve been around long enough to just given them a pass for some weeks yet. But it probably a group many would love to have.

Despite the recognition aspect to which Blais pays no attention, these are heady days. The shutdown of racing does not bother his operation, given it is all about young horses; he’s coming off a record year, and his Montreal Canadiens are looking like they will be true Stanley Cup contenders for the first time in years.

Today, there is not a single thing wrong with Luc Blais.