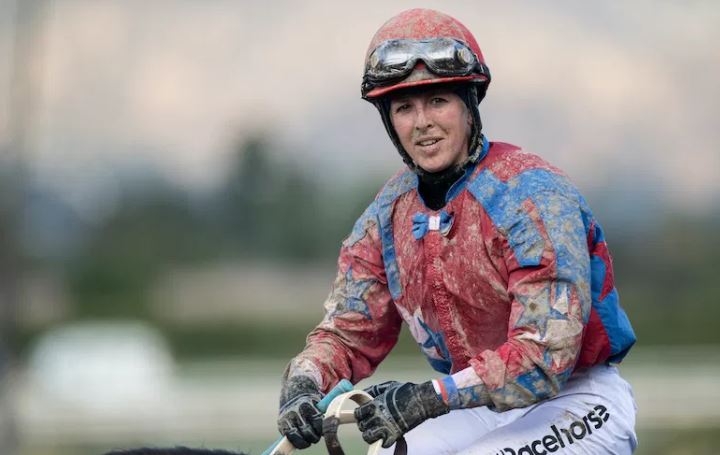 USA: Expat British jockey Sophie Doyle is hitting the freeway across the middle states of the US as part of a new relationship riding the first call for leading owner Danny Caldwell.

Lexington-based Doyle, 34, will have her final rides at the current meet at Prairie Meadows in Iowa on Friday before heading back to Kentucky to renew her association with trainer Larry Jones’s G1 winner Street Band in a stakes race at Ellis Park.

After that, she will head to Oklahoma to ride for Caldwell at his home track, Remington Park, until the end of the year, after which the team will move to Oaklawn Park in Arkansas for their lucrative winter-spring meet the start of 2021.

Sophie Doyle: Locked down in Lexington with Street Band on my mind

“It’s a new beginning with new opportunities,” says Doyle, who moved to the States nearly seven years ago. “Danny Caldwell is one of the biggest owners here, and he has around 40 horses in training at four different tracks.

“He’s bringing them all to Remington in September, and then they’ll all go to Oaklawn. The money’s fantastic, and Danny’s done really well there, so it’s fascinating for my career.”

Doyle, the sister of Godolphin rider James, has ridden 26 winners so far this year. She passed the 300-mark in North America last month; she also rode 66 winners in the UK before crossing the Atlantic.

Doyle went to Prairie Meadows, based in Altoona just outside Des Moines in Iowa, searching for further opportunities after the coronavirus shutdown. “With everything that’s been happening with Covid, everybody’s been riding at places you wouldn’t expect to end up,” she explains.

“Jockeys have to stay in one place, or there’s 14 days’ quarantine, and that has opened up doors, and my agent said he had an opening at Prairie Meadows, so why didn’t I give it a shot?

“So I gave it a try, and we hit the ground running. I struck up a good partnership with Danny Caldwell, and we won a stake, and it was a couple of weeks before he asked me to ride first call.”

A major force in middle America, Caldwell’s horses, run both in his own name and that of his wife, Allison. He has won meet titles at Prairie Meadows, Remington, and Oaklawn and has 42 winners in 2020. “He’s won 963 altogether, so I hope we can get him to the 1,000,” says Doyle.

Among her wins for the owner was a novel success on the six-year-old mare Drip Brew, who broke the US record in an allowance on July 27 – over two furlongs! And no, it wasn’t a quarterhorse race – this one was for thoroughbreds.

“That was a new one on me,” she says. “When I saw the distance of the race, I had to ask if they’d made a mistake, but it was a quarter-mile race for older horses. At least I knew how to ride in a straight line from riding at home but going in under 20 seconds was a first for me.

“Different states have different rules, and it is quite unusual – I’d never come across it before,” she adds. “She ran in 19.93s, and it felt almost like when you ride your first-ever winner. It was just so incredibly fast – I was thinking, ‘wow – did that really happen’? You just run, run, run, and then I got stuck into her in the last part, and she pulled away from them.

“It was really fun. It reminded me of when James and I rode our ponies up the gallops at the farm, and they couldn’t go any more than a quarter-mile. But this one was for $39,000!

Initially, Doyle traveled back and forth to Iowa from Kentucky – a nine-hour drive; “I’ve got a good Satnav and a sturdy truck,” she says – to stay loyal to her commitments there before stricter quarantine measures were enforced.

As a result, she will not return to Iowa after partnering with her beloved Street Band, on whom she landed G1 success in last year’s Cotillion Stakes at Parx, in the Groupie Doll Stakes at Ellis Park in western Kentucky on Sunday.

The four-year-old will be running for the first time since she came fourth in the Apple Blossom at Oaklawn in April – and Doyle understands she has been breezing well in readiness for her comeback.

“She always runs really well fresh, and this is a nice race to bring her back in with the rest of the year in mind,” she explains. “The main goal will be to aim back at the Breeders’ Cup back at Keeneland. Hopefully, she’s freshened up, and she can come back with all guns blazing!”