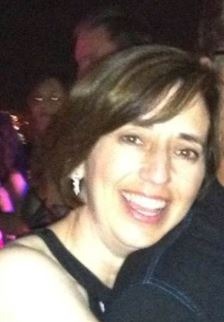 TORONTO, July 10 – Woodbine Racetrack is a long way from Oakton, Virginia. Long enough that Carol and Brent Johnson thought twice about travelling for the June 24 Woodbine Spring Meet Handicapping Tournament–Woodbine’s first of four major handicapping contests in 2017. But Brent—already double qualified for the National Horseplayers Championship (NHC)—thought the Woodbine competition could be a good spot to pick up additional NHC Tour points. And both he and Carol had a soft spot for Woodbine.

As prominent partners in Bushwood Stables, Brent and Carol campaigned the venerable turf gelding Better Talk Now (who was euthanized unexpectedly just three days after the Woodbine Tournament on June 27 due to complications from colic surgery). Better Talk Now’s career spanned nine years during which he won the 2004 Breeders’ Cup Turf and amassed earnings of $4.3 million—some of which was came in a 2006 victory in the Sky Classic Stakes at Woodbine.

The trip proved to be even more worthwhile than Carol and Brent had envisioned. Each took the maximum three $150 entries that included a live starting bankroll of $50 from which the 185 entrants had to make at least five $10 wagers on the live Woodbine card. Only one of Brent’s entries was still alive, with just $40, heading into the final contest race. But Carol, one of five women competing in the tournament, had two entries in contention with just the one race to go.

Brent, meanwhile, settled on a 13-1 shot that ran a creditable—but for him, unrewarding—fourth. His longshot actually had the lead until the final sixteenth of a mile when he was passed by three foes—including both of Carol’s horses.

“It was a long photo,” she said of the race 10 finish that saw the top three separated by just two heads. When the order of finish was posted, it was Carol’s #14, Nadeleine, prevailing at 9-1. (Ocean Court finished third.) And to Carol’s great relief, none of the 10 players ahead of her had “gone all in” and staked their entire bankrolls on Nadeleine.

What started out as a spur-of-the-moment road trip for the Johnsons now found Carol the winner of $5,250 (Her final bankroll of $2,235 plus the first-place bonus money of $3,015 from the prize pool) and a berth in the February 8-10 National Horseplayers Championship in Las Vegas.

The tournament’s other available NHC seat went to runner up John Kimove, who finished with $1,766.55 and earned additional bonus money of $1,474 on top of that.

All contestants who participate in at least three of Woodbine’s four 2017 competitions are automatically entered with Series points for each competition awarded based on one’s finish as well as the size of the field. The Player of the Year will win $6,500 in cash plus a fully paid entry into the 2018 Woodbine Mile Handicapping Tournament. Prizes will also be awarded to the second and third place finishers in the Series.

“They announced the Series while Brent and I were there playing at Woodbine,” said Carol, who admits she is still reeling from the passing of the horse that was such a prominent part of her life. “Before the tournament, we had been focused on Brent’s position in the NHC Tour. Then after I won, someone pointed out to me that I was now leading the Canadian tour. It’s been such an emotional time in the days since then that I haven’t yet made any firm plans for upcoming contests. But it’s natural to want to keep going now.”