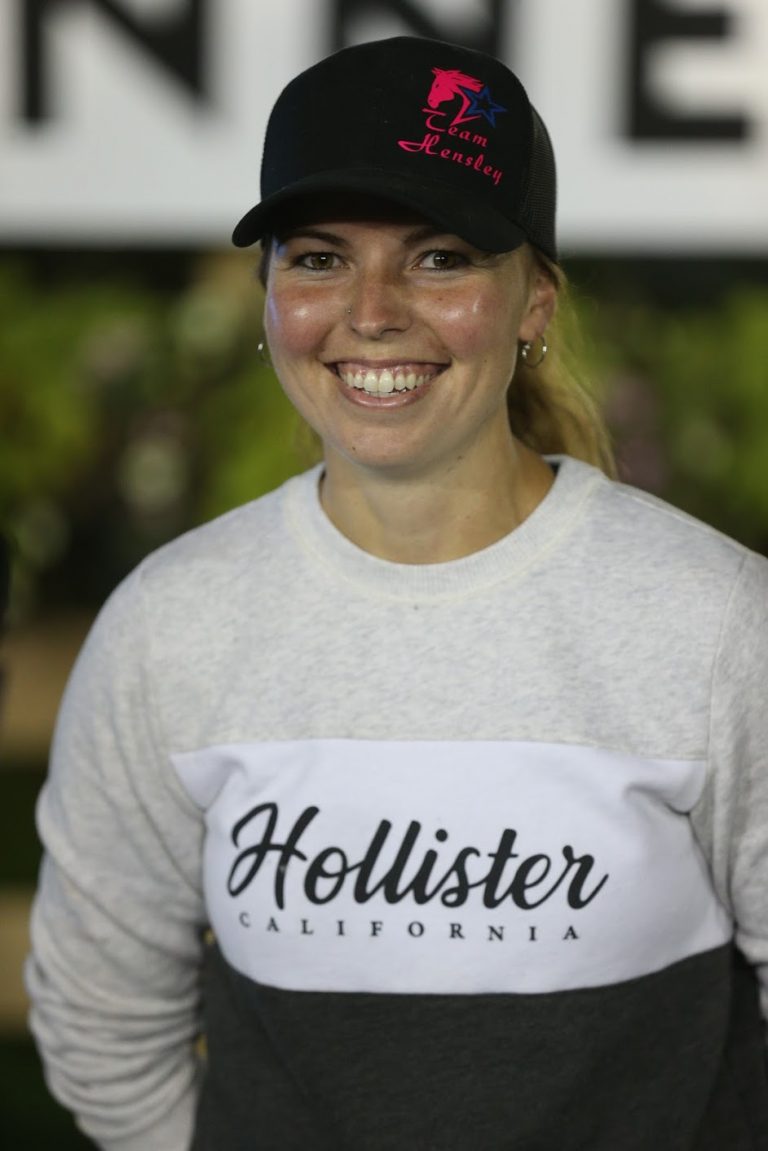 May 25, 2021 – Ashleigh Hensley didn’t know when the day would come. But whenever it did, the Standardbred trainer would be ready for it.

In many ways, waiting for horse racing in Ontario to finally get back on track in 2021 seemed to be, on many days, a longshot dream at best for horse people across the province.

And when the word did come on May 20, the announcement that live horse racing in Ontario can resume on June 14 was a mixture of relief, frustration, and elation for Hensley.

“We have our horses ready now,” said Hensley, who is married to harness driver Ed Hensley. “When the government announced that the stay-at-home order would end on June 2, everyone in our industry wanted racing to start right away. So, it’s disappointing that live racing won’t start until about 10 days after that. At least there is light at the end of the tunnel now. I still don’t understand how golf courses are open right away, but we can’t be. You can look at it from a lot of different ways, but knowing we are getting closer to racing again is so needed for our industry.”

The news of the three-phase reopening plan came less than a week after an important date on Hensley’s calendar. The farm she owns with her husband and brother required its’ yearly payment on May 15.

“It’s just… it’s been very tough. Everyone has been walloped, and it’s been more difficult on some people than it has been on others. But it hasn’t been easy on anyone.”

Over the past 15 months, Hensley has had to consider several big decisions for her stable, including shipping some of her horses south of the border.

There were times, admittedly, when determinations came right down to the wire.

None of the eventual choices made were easy ones.

“We can’t leave our farm. We bought the farm here in Ontario with my brother [trainer-driver Travis Cullen]. We decided we had to do something else during the second lockdown, so we got into the dog-breeding business. We also have two broodmares and two babies on the farm, so we can’t leave here. There’s too much going on. We really weren’t sure what to do in a lot of ways. We almost sent some of our horses to one of our friends in the U.S., but we didn’t end up doing that.

“We did end up selling Toot Toot [a veteran pacing son of Gotta Go Cullen and lifetime earner of nearly $275,000]. We’ve had him a long time, so we were sad to see him go.”

There are reasons, 10, to be precise, for Hensley to be optimistic ahead of the 2021 racing season in Ontario.

Three of them come in the form of western Canadian additions to her barn.

“We decided to see about buying some younger horses, so that’s what we did. We bought two from Fraser Downs in B.C. We actually have three new horses right now. We have another one from B.C., “If Only Id Known,” is a 3-year-old filly eligible for the OSS Stakes. We have 10 racehorses, so that’s 10 reasons to be excited now.”

When live racing does return at Woodbine Mohawk Park – for now, that date is June 14 – Hensley and her band of pacers and trotters will be ready.

They have been for a while.

The sight of one of her horses putting their nose on the gate and the sound of their hooves on the track for the first time since early April will be a welcome scene for Hensley when qualifiers at Woodbine Mohawk Park return on May 27.

Thursday morning will have a decidedly different look to the one Hensley has often viewed from her car window since last March.

“It was pretty depressing driving by Mohawk so many times, and there wasn’t a soul around. It was a sight you never want to get used to. It will be nice to see horses and horsepeople again, to see everyone back doing what they love. To see we have qualifiers, that’s a big step in the right direction.”

Despite the toll the pandemic has taken on the industry, Hensley has been buoyed by the resilience shown by horsepeople throughout it all.

Whenever her first horse lines up behind the starter car for a pari-mutuel race, she will admittedly sport a big smile and breathe a sigh of relief.

Win or lose that race, being back in the game is a victory in itself, said Hensley.

“That day, whenever they say go, our horses will be ready, and so will we.”

Just two wins shy of 400 for her career, Hensley’s devotion to horse racing and horses, despite the hurdles the industry in Ontario has had to overcome the past 15 months, hasn’t wavered a fraction.

If anything, the bond has strengthened.

“A lot of the time, horse racing is misunderstood. People don’t realize the time and dedication that goes into this industry. The horses are part of our family. It’s not just a way to make a living. It’s a lifestyle, and it’s a labour of love. We take care of these horses no matter what the situation may be. Even when we weren’t racing, the care and the work doesn’t stop. But throughout all of this, having the horses in your life has helped you get through all of the tough times and disappointments. They really are your family. ”