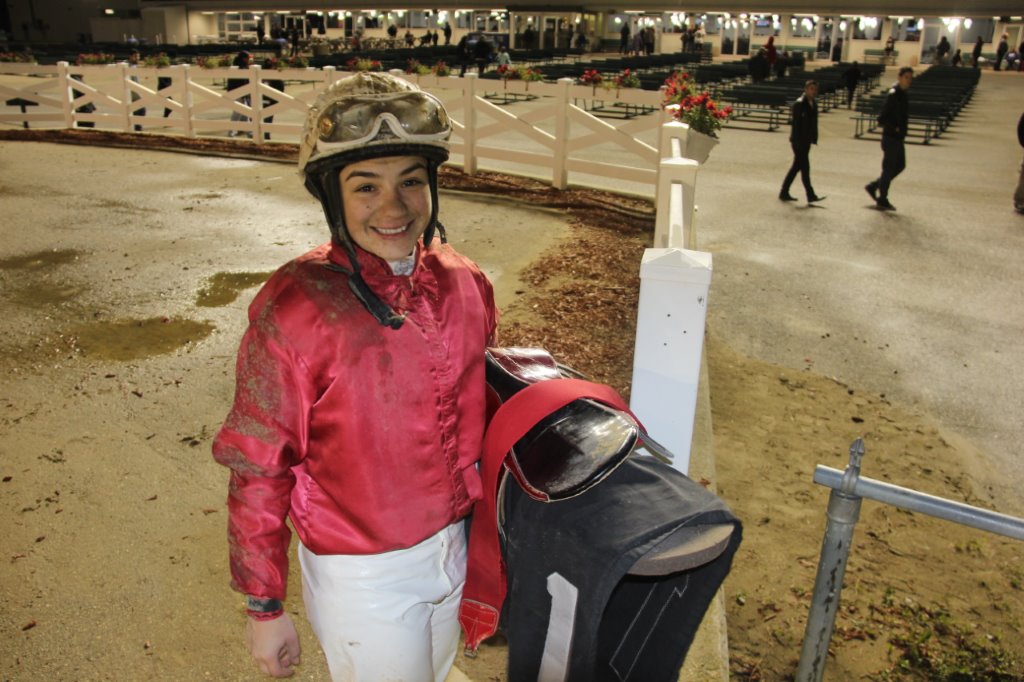 Kayla Pizarro, 30, riding at Assiniboia Downs for five years, said she followed her mother here. Her first win came on Indian Ancestry, and her best record was 40 wins in 2016. She’s upfront about her ambitions: “I want to be a leading rider in Canada.” Consistently a top rider in the standing at ASD, in 2020, Pizarro won 30 races locally.

Pizarro might have the pedigree to be a jockey, too.

She certainly has a work ethic.

She shows up early every morning at trainer Murray Duncan’s barn, exercises up to 10 horses a morning in a few different stables, then heads off to her second job selling shoes in St. Vital. On the bus.

Her brother, Tyler, was a hot apprentice when he started in 2007, and he is currently riding and winning at Woodbine in Toronto. Her mother, Brigitte, groomed her Canada Day winner for trainer Harris.

The 115-pound Pizarro was born in Winnipeg but moved to Fort Erie, Ont. when she was three years old.

While still in high school, her parents took her to the track on weekends and let her shedrow horses.

She returned to Winnipeg in 2013 and gradually started to apply her work ethic to the local oval.

Two years later, she has her first winner.

“I just didn’t feel ready until now,” said Pizarro, adding everyone in the jocks’ room was really happy for her, gave her tips, and helped her out before the race. The only downside was she wished injured jockey Alyssa Selman, the only other female in the jocks’ room, could have been there.

“She was going to help me in the jocks’ room,” said Pizarro. “She wanted to be here. I really hope she can walk again. She’s tough. She’s always been tough.”

“I’m a person who believes in miracles. And she’s going to be one of them.”