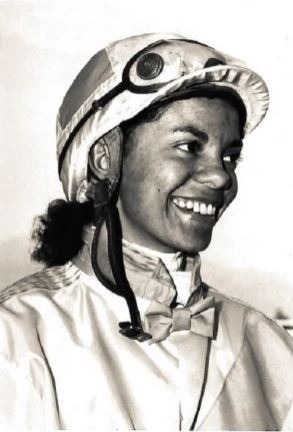 How the First Black Female Jockey Rode Into Oblivion

Fifty years ago, Cheryl White became America’s first licensed Black female jockey when she was just 17 years old. So why doesn’t the world know her name?

Cheryl White’s family has embarked on a mission to retake her place in the annals of thoroughbred racing glory.

YOUNGSTOWN, Ohio — It was an average June morning in 1971 at Thistledown Race Track in North Randall, Ohio, when an average bay filly named Ace Reward broke from the gate. But still, the stands were packed, and the finish line bristled with news crews.

Sitting astride Ace Reward was Cheryl White, who soon would become the country’s first-ever licensed Black female jockey, in her first official race. After an ambitious sprint, the filly finished dead last. The crowd roared anyway.

White was on her way to making history. And she was a 17-year-old girl.

On an average morning 50 years later, at another Ohio track, White’s name was again on the leader board, this time in memoriam, at a race in her honor. She died of a heart attack in 2019, at age 65.

But few in the thin crowd craning at the thoroughbreds at Mahoning Valley Race Course, in Youngstown, had ever heard her once-storied name, the one drowned out by hoofbeats as it crackled from the loudspeaker. Few had paid much heed as her family stepped into the winners’ circle to hand the victorious jockey the Cheryl White memorial trophy.

The single-minded Black teenager intent on racetrack glory was a phenomenon in her day, interviewed in newspapers and on TV and featured on the hit quiz show “What’s My Line.” Curls escaping from her helmet, she beamed from the cover of the July 29, 1971, edition of Jet magazine, the headline splashed across her horse’s chest: “Teen-Aged Girl Cracks Barrier on Race Track.”

But today, White’s story is not one of enduring triumph but of continued marginalization. The girl whose horses’ hooves beat a path for women and Black people in a sport that has historically sidelined both is virtually unknown. And her accomplishments — a more than two-decades-long career included 750 winning rides in several disciplines, according to White’s own estimates — are largely forgotten.

Search for the jockey Cheryl White in Google and the picture of another Black female jockey, Sylvia Harris, comes up beside her name. A GoFundMe page created by her brother, Raymond White Jr., to honor “a true American Legend!” with a foundation to support other riders of color, has raised just over $2,100, in two years.

“Whenever I hear about icons and she’s never mentioned, I don’t know why,” Raymond White III, her nephew, said. “It makes you hesitate to think it’s rooted in racism. It almost feels like it’s the cheap answer — but it’s the answer.”

‘Her Talent Was Huge’