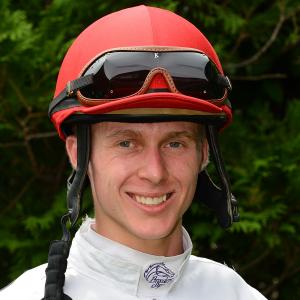 Idle since suffering a broken clavicle at Aqueduct Racetrack on March 20, jockey Dylan Davis didn’t waste any time finding the winner’s circle on his first day back riding on Saturday at Monmouth Park in Oceanport, N.J.

Since his return, the New York-based Davis guided Bottle Rocket Man to victory for Chad Brown in the seventh race in his third mount.

“It’s a mix of emotions – some relief, some excitement. It felt great,” said Davis. “First day back, I was anxious to get back in the winner’s circle as quickly as I could, and it felt great. To do it for Chad Brown is really special, too.”

Davis, who has 819 career victories, said for now he is “riding both tracks (Belmont and Monmouth Park).”

“Wherever I can get some mounts and get some winners,” he said. “My plans are fluid right now. It depends on which mounts I get at both tracks.

“But it feels so good to get that first one out of the way after being out for so long.”