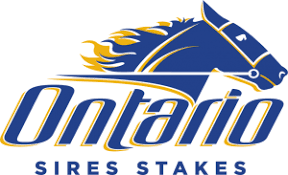 All eight Gold and Grassroots events originally scheduled for the months of May and June have been rescheduled. To accommodate the new dates, changes were made to the overall schedule for both two and three-year-old competitors. The complete revised schedule can be found here.

“He qualified really good his last start there (June 1). He’s going to be, hopefully, a whole lot of fun this year. He’s come back good, he’s sound, he’s trotting perfect, so far there’s no hitch in the plan,” said McClure, who drives Macho Martini and Dicentra for trainer Luc Blais of Campbellville, ON and owner Determination of Montreal, QC. “I haven’t gone with her yet, Scott’s (Young) been filling in for a bit, but that would be where she’d start I’d imagine. She was pretty effective there last year.”

“It’s such a good program, you know,” said Rockwood, ON resident McClure, who has spent the last six weeks driving south of the border. “I think everybody realises that, but after being down in Pennsylvania, the money our OSS program races for is really good and I think we’re lucky to have it for sure.”

“Lawless Shadow coming back, I’m obviously looking forward to him, he’s had a couple of really good starts in Scioto,” said McClure of the Dr. Ian Moore trainee. “I would expect him to be at the top of the class too.

“And you’re always going to have something that nobody saw coming, from a driver’s standpoint, you have one qualify and they really turn your head.”

Both the Gold and Grassroots competitors will start accumulating points toward their respective season finales from the opening legs. Unchanged from the original schedule, the two-year-old Grassroots competitors will compete in Semi-Final action on Sept. 30 and the three-year-olds will battle on Oct. 1, both aiming for the Oct. 9 Grassroots Championships at Woodbine Mohawk Park. The Gold Series Super Finals go postward Oct. 16 at the Campbellville oval.

For additional information about the Ontario Sires Stakes program please contact the Program Administrator at ossprogram@ontarioracing.com.