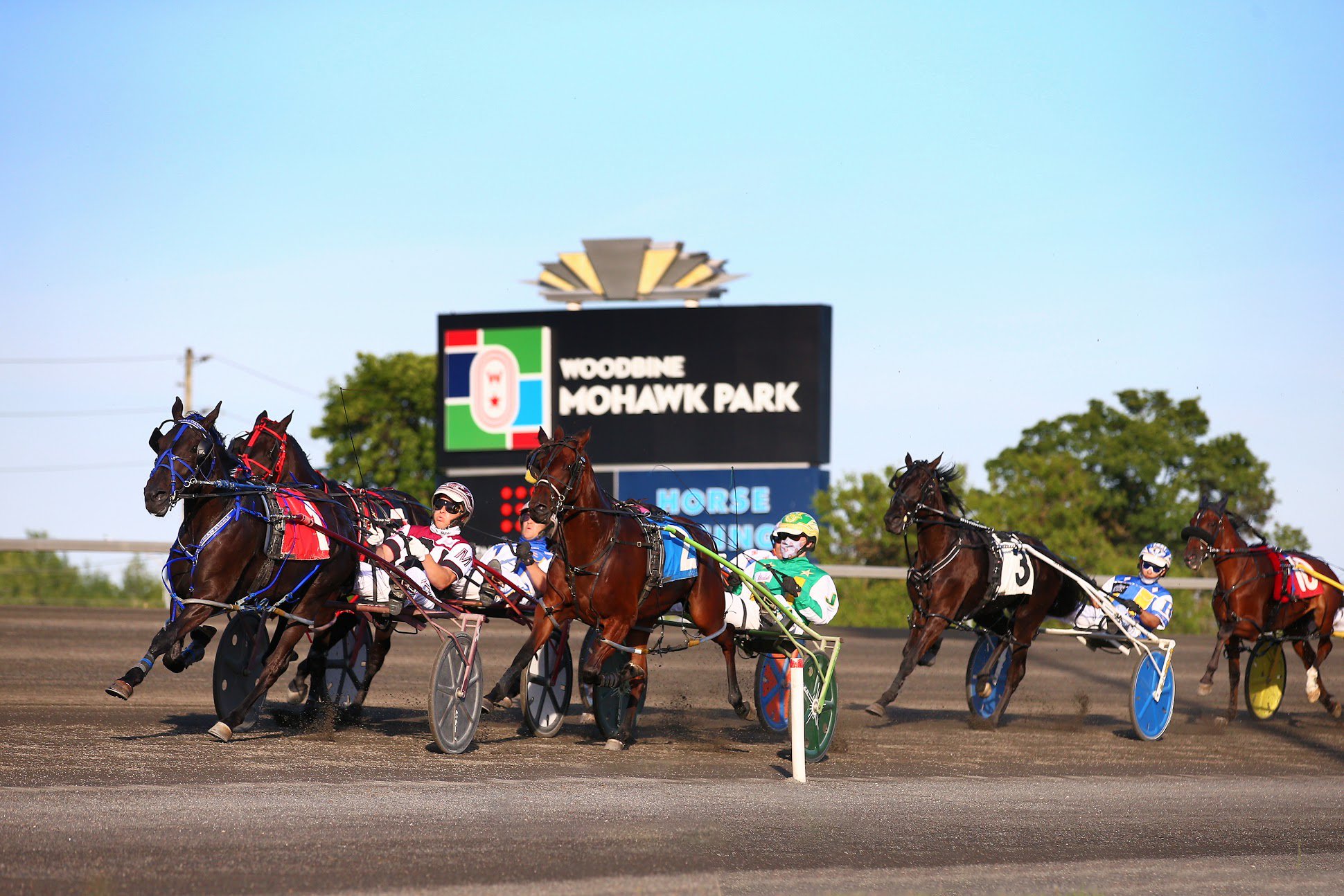 The return of live (spectator-free) racing at Woodbine Mohawk Park is coming in hot with full fields, a new starting gate, returning stars and more for an action-packed re-opening weekend.

A total of 22 races will be contested over Friday (June 9) and Saturday (June 10) evenings in Campbellville. Each card will offer plenty of full fields, much to the delight of horseplayers, and a Preferred contest to showcase some of the circuit’s top older horses.

The regular wagering menu, headlined by the $100,000 Early Pick 5 (starting Race 1), is back in play for the start of a big-money summer at Woodbine Mohawk Park.

Here are a few notes and storylines to watch out for this weekend:

The resumption of live racing will see Woodbine Mohawk Park revert to having horses starting from post position 10 score on the outside of the wings rather than in a trailing spot.

The fields will also now align behind a new slanted starting gate that offer horses with an outside starting spot more options to potentially use early speed and situate in a more favourable position. Slanted starting gates have been used by several tracks across North America and the new Woodbine vehicle has been used in recent qualifiers.

Horseplayers from all over have made Woodbine Standardbred’s Early Pick 5 the most popular nightly wager in harness racing. The attractive multi-leg wager will continue to be offered in its regular spot at the start of each race card. The Early Pick 5, which offers a low 15 percent takeout, has a guaranteed pool of $100,000 nightly and many nights prior to the April 3 lockdown the pool exceeded $120,000, including a $154,425 on the April 1 card.

A pair of Preferred pacing events will take the feature race slot on each of this weekend’s card.

The $30,000 Mares Preferred takes its usual spot on Friday evening with a compact group of six competing, headlined by O’Brien Award winner So Much More. The Don Beatson trained five-year-old won her final two starts prior to the recent shutdown and has two wins, three seconds in six starts this season. Half of her six starts came against male rivals. James MacDonald will take his usual position behind So Much More.

Wheels On Fire is the horse to beat in Saturday’s $34,000 Preferred. The six-year-old returns to Mohawk Park after winning back-to-back Preferred events at The Meadowlands in May. Back in the care of trainer Richard Moreau, Wheels On Fire is five-for-eight this season and teams with reinsman Doug McNair.

Also returning to Mohawk Park is Points North for trainer Carmen Auciello. The six-year-old was a winner two starts back at Pocono in 1:49.3 and most recently competed in the $100,000 Commodore Barry Invitational at Harrah’s Philadelphia.

Saturday evening’s third-race (Non-Winners of 5 races or $95,000 lifetime, Also Eligible Three-Year-Olds) will be the first of likely many battles this season between three-year-old pacers Bulldog Hanover and Lawless Shadow. The highly touted Pepsi North America Cup eligible sophomores finished one-two in last year’s Ontario Sires Stakes (OSS) Super Final, which saw Bulldog Hanover score a nine-length blowout win in 1:50.2. With the OSS season around the corner and each paid up to Mohawk Park’s Grand Circuit races, fans will have plenty of opportunities to watch this rivalry grow.

The Jack Darling-trained Bulldog Hanover won four of six starts as a rookie. The OSS champion’s only two losses came when he finished second in his career debut and when he made a break before the start in OSS Gold event over an “off” track at Flamboro. Bulldog Hanover tuned up for his season debut with a pair of impressive qualifying scores at Mohawk Park.

The Dr. Ian Moore-trained Lawless Shadow already has two starts under his belt this season, scoring a pair of victories at Columbus’ Scioto Downs in May. Lawless Shadow had four wins and three runner-up finishes in nine starts last season. His top victories were scores in the Nassagaweya Stakes and an OSS Gold division, while he also finished third in the $720,000 Metro Pace.

TOP DRIVERS AND TRAINERS IN 2021