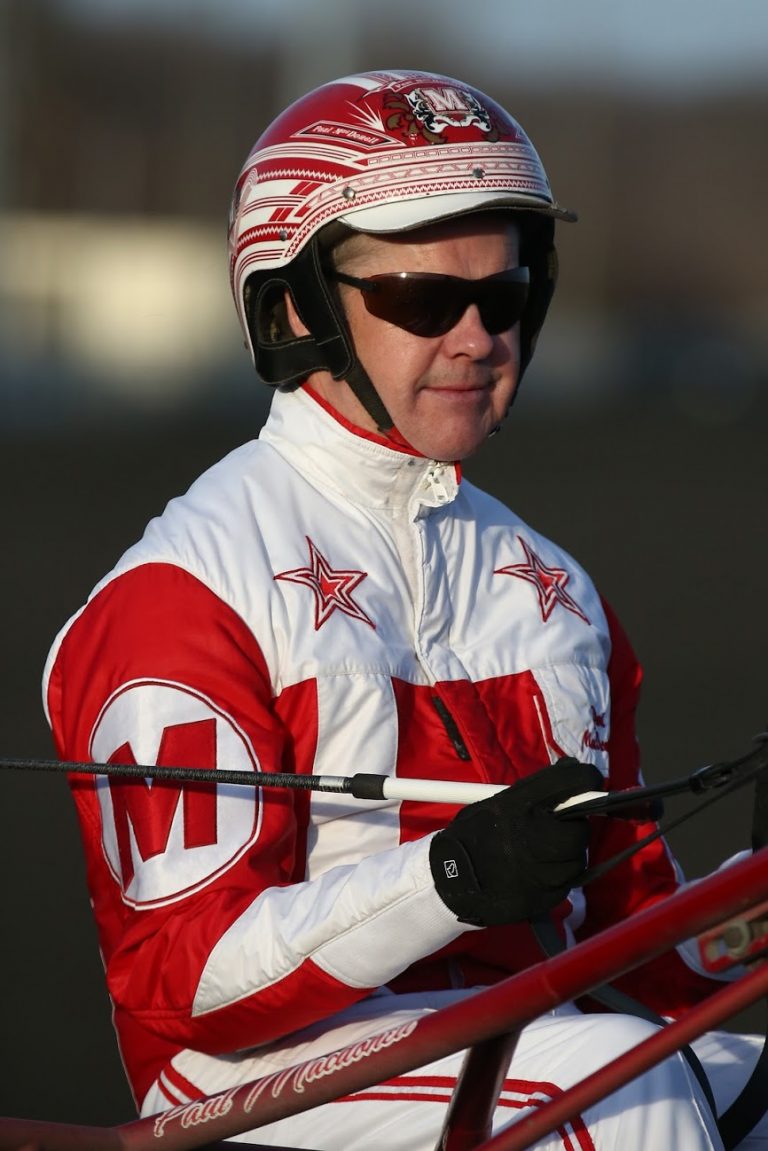 PAUL MACDONELL REFLECTS ON HIS CURRENT HOT STREAK AS HE BATS CLOSE TO .500

June 24, 2021 – Paul MacDonell knows having an off-the-charts driving average won’t last forever — and in typical modesty he says it has more to do with good horses and good fortune than anything he’s doing in the sulky — but he’s going to enjoy it while it lasts.

“Things kind of fell into place early (after racing resumed),” MacDonell said. “The horses that I was down to qualify, qualified well and they all fit nice classes when things opened up here. I think that was most of it.

“I have almost a .500 average. I know it’s not going to stay there. It’s impossible. But it’s nice to have for a little bit.”

The 58-year-old Woodbine Entertainment Group (WEG) veteran, who is among the class of 2020 inductees to the Canadian Horse Racing Hall of Fame, is currently the leading driver in all of North America by win percentage over the last 10 race cards. MacDonell has an other-worldly win rate of 54 per cent thanks to seven victories in his last 13 starts. Second best is another WEG veteran, Mario Baillargeon, who is winning at a 42 per cent clip over his last 10 race cards.

MacDonell credits his current tear to good clients such as trainers John Bax, Scott McEneny, Chantal Mitchell, Todd James, Tony Beaton and many more for the success. But, in truth, MacDonell has crafted a Hall of Fame career, in part, by how he drives young horses.

“They like their young horses handled in a certain way and that’s what I continue to do,” he said.

Meanwhile, MacDonell said he is anxiously awaiting the start of the Ontario Sires Stakes (OSS) season, which begins on Canada Day at Woodbine Mohawk Park.

“It’s been a long, long process. We’re almost to July and we haven’t raced a sires stakes since last October. These horses have eaten a lot of hay and oats in between. Time to get some revenue rolling,” he said.

He knows that well as the trainer of a five-horse stable.

“I have a 2-year-old (named Lexus Ranger) that’s coming along that seems nice, but it gets really hard to get excited anymore because of how good you have to be,” MacDonell said of the Archangel—Lexus Helios homebred colt owned by Norm Dunstan. “It’s such an elite level, that next level. I think the best thing to do is just aim for a racehorse and anything extra you get out of it, great.”

As for the Hall of Fame, MacDonell has yet to be officially inducted after the COVID-19 pandemic postponing last year’s ceremony, but he said he hopes the gala will go ahead sometime this summer. As for a speech, MacDonell said he hasn’t started.

Asked if he was just going to wing it, MacDonell laughed.

“My wife won’t let me do that. She says, ‘No way are you winging it.’ I guess I better write something down here sooner or later,” he said.