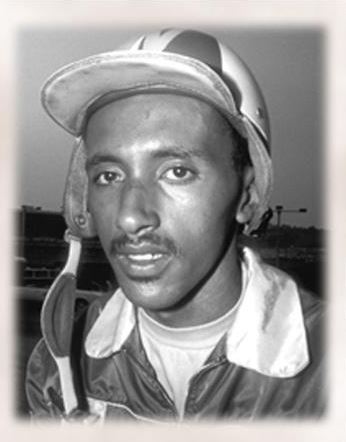 Lewis D. Williams, a native of Cadiz, Ohio, was born on March 1, 1947.  Developing an interest in Standardbred racehorses through his grandfather, Clyde Williams, Lew followed the sport after school and during summer recesses. As encouragement, Clyde gave fourteen-year-old Williams his first racehorse, the trotting mare Dugo Silver Girl 6,2:06.1f ($10,486). At just sixteen, Lew won his first two races guiding Dugo Silver Girl on the Ohio county fair circuit. It was the beginning of a brief, but very successful, harness racing career.

That year, 1963, Williams left school to work with the horses he loved. To broaden his knowledge of the sport, like all serious, up-and-coming trainer-drivers, he worked for various racing stables. He soon became the most successful African-American in the primarily Caucasian world of harness racing. In spite of his many accomplishments in the sport, Williams always felt his skin color hampered him from attracting new owners as easily as his white counterparts. According to Williams, he was not able to garner the “same trust and respect afforded white trainer-drivers with equivalent or even lesser talents.”

Regardless of his reservations, Williams was one of the most popular trainer-drivers in the business. He dominated the racing circuit at Northfield Park, Ohio during the early to mid-seventies, taking leading driver honors nine times and leading dash-winning honors four times. He set a record for most wins in 1972 with fifty-eight firsts and topped it the following year with sixty-seven. He also ranked among the leading drivers in 1972 at Northfield Park and between 1969 and 1971 at The Meadows. In 1972 he won a career-best of 265 races and ranked fourth among all North American drivers. Often driving six or seven horses on an evening’s card, he went on to break records at tracks all over the country, including New Jersey’s The Meadowlands, Illinois’ Maywood Park, Florida’s Pompano Park, New York’s Yonkers Raceway, California’s Hollywood Park and Ontario’s Windsor Raceway. In 1973 Lew recorded his 1,000th career victory. Only twenty-six at the time, he was one of the youngest harness drivers to reach that milestone. In 1985 he surpassed yet another milestone by achieving his 2,000th win.

Innovative and creative, Williams modernized the sport of harness racing by introducing a new way to race. Traditional strategy made races begin as a mad dash for the lead and then continue in single file formation until the last quarter. His strategy focused on making moves early, which forced other drivers to make bad decisions. Now most – if not all – drivers plan their races that way. “Super Lew” or “Sweet Lew” as he was known, had another innate advantage. Most drivers are right-handed, but Williams was a southpaw. When he whipped with his left hand, it surprised the racehorse who was expecting encouragement from the right flank. More often than not this would shock the horse into a better performance.

Williams trained many top stars including his favorite, the great Whata Baron p,6,T1:53.3 ($502,320), winner of the 1975 Battle of Saratoga, the 1978 Driscoll and the 1978 William Haughton Pace among others. They were together when Lew recorded $1.247 million in winnings in 1978. At the time it was the nineteenth best record in the nation. The pair were held in such high regard by Northfield Park and its fans that they were among the first group of inductees to the track’s Wall of Fame in 1990.

Williams had his angels, but he had his demons, too. He fought bravely against a substance dependency for many years. On several occasions his driving credentials were suspended, and he voluntarily entered rehabilitation facilities a number of times. Sweet Lew was on the rebound, awaiting his USTA license renewal, when he died in 1989 from injuries sustained in a tractor accident while helping a neighbor. At the time of his death he had recorded 2,023 winning drives, 337 2:00 miles, nineteen 1:55 miles and amassed over $8.8 million in winning purses. He was forty-two years old.