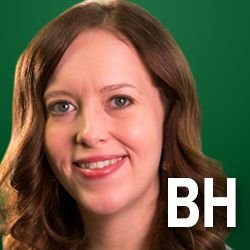 Crosby Named Editorial Director of BloodHorse
The award-winning writer and producer succeeds Evan Hammonds, who retired in May.
By BloodHorse Staff Today, 2:30 PM

Claire Crosby has been named editorial director of BloodHorse, it was announced June 29 by Carl Hamilton, chairman of BloodHorse. Crosby succeeds Evan Hammonds, who retired in May.

“Claire has been an essential member of our team for almost a decade,” said Hamilton. “Her dedication and proven track record as a leader, communicator, award-winning writer, and editor make her the ideal candidate to ensure BloodHorse continues its role as the leading provider of industry news coverage, in-depth features, and expanded content across multiple media platforms.”

Nominate Today!
After freelancing for BloodHorse early in her career, Crosby joined the team full time in 2006 as a staff writer for two years. She returned in 2012 as head racing writer, then worked as online features editor, and was promoted to editor of BloodHorse Daily in 2016. Prior to being named editorial director, she was promoted to BloodHorse’s managing editor in January 2020.

“It is my honor to lead the BloodHorse editorial team as we move into a new era,” Crosby said. “I look forward to continuing to work with our incredibly dedicated team to deliver the quality content the company’s legacy is built upon.”

Over the years, Crosby has won numerous awards as a writer and producer, including a Mark Kaufman Media Award, the 2011 Media Eclipse Award for feature/commentary, a Joe Hirsch Memorial Writing Award, and a Bill Leggett Award.

A Northern Illinois native, Crosby lives in Richmond, Ky., with her husband, Dale, and their dogs, Hinto and Willow. She is an avid equestrian and a certified therapeutic riding instructor.

BloodHorse has chronicled the Thoroughbred industry since 1916 and is dedicated to the improvement of Thoroughbred breeding and racing. BloodHorse produces widely distributed content on Thoroughbred racing and breeding via its namesake monthly magazine, BloodHorse Daily, BloodHorse.com, and social media platforms. BloodHorse is co-owned by The Jockey Club Information Systems Inc. and TOBA Media Properties.