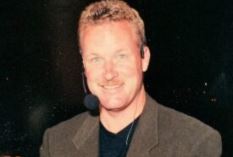 Crake Returns To The Announce Booth

A voice that was once very familiar to Ontario’s horse people and fans of harness racing alike will be making a long-awaited return to the announcer’s booth next month.

Trot Insider has learned that John Crake will be calling three Saturday cards at Kawartha Downs.

“Kawartha Downs would like to welcome [John] as our guest announcer,” said the track in a statement. “John has been enjoying retirement and KD and the rest of the racing industry is very excited to once again hear the voice of one of the best race callers in the industry.”

It’s been 20 years since Crake filled in at Georgian Downs but the man who called Canada’s first million-dollar race is thrilled to get back in the booth for first of three guest spots this Saturday (July 3) before returning on July 10 and 24.

“Longtime friend Brian Tropea reached out to me. He spoke with Jim Huck from Kawartha and wanted to know if I was interested,” Crake told Trot Insider. “I basically said ‘yes, I would really like the chance to call some races.” I’ve had lots of chatter on Twitter about getting back into it, so basically I said ‘let’s do it.’ I’m excited, and looking forward to it.”

Crake, who last called races at Georgian Downs in 2001, figures he has some 25,000 races under his belt with six North America Cups and multiple Breeders Crowns to his credit. After starting at Orangeville and Barrie Raceway in the 1980s, Crake took over from Earl Lennox at the Ontario Jockey Club (now Woodbine Entertainment). He also gained experience alongside horsemen the likes of Lloyd Spinks, Bill McClure, Bill Cass and George Wain over the years while working as an announcer.

“I can’t wait to see some horse races live again,” Crake added. “I’m a horseman at heart and super pumped to get back at it.”