The History of Jockey Silks

With the Triple Crown upon us, did you ever wonder why jockeys wear colorful “silks” in a horse race?  And the “silks” are now nylon.
Like many things, it all started with the Romans.  In chariot races, distinctive colors and designs on shirts and hats were a way to identify horse and rider ownership.

Individual silk colors are first mentioned in 1515 in the UK when Henry VIII occupied the throne. The costume itself was established in the latter part of the 17th and early 18th centuries.

During the 1700s, as the number of owners increased, confusion resulted and it became necessary to vary color and design for positive identification.

Both judges and spectators began to complain of the confusion caused when sportsmen frequently changed the livery of their jockeys. The difficulty of telling the horse apart in a race became a topic of discussion at a meeting of the Jockey Club at Newmarket, England in 1762.

At Newmarket in 1762, the English Jockey Club requested that the owners submit specific colors for jackets and caps and to register their colors, and to use them consistently in an attempt to distinguish riders among a field of horses or to settle disputes that might arise. This resulted in the famous Newmarket resolution.

From the Duke of Cumberland’s purple to Mr. Jenison Shafto’s pin, the first silk colors were all solid shades and topped with the black velvet cap. The “Straw” registered by the Duke of Devonshire is still used by the family’s racing stable and must be considered the oldest racing colors in existence. 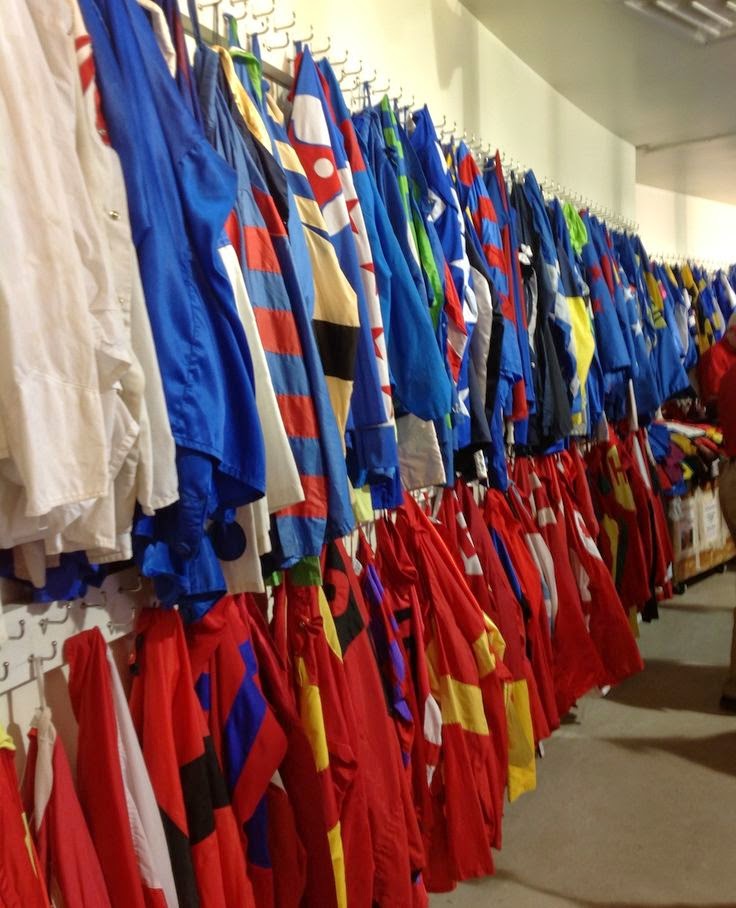 The oldest American racing colors in continuous use today are the “Scarlet” racing silks of Mrs. John A. Morris, believed to be used first at the Metairie Track in New Orleans during the 1850s.  Today every American racehorse owner registers his “silks” with The Jockey Club, the sport’s registry and ruling body.  There are about 28,000 different registered silks. 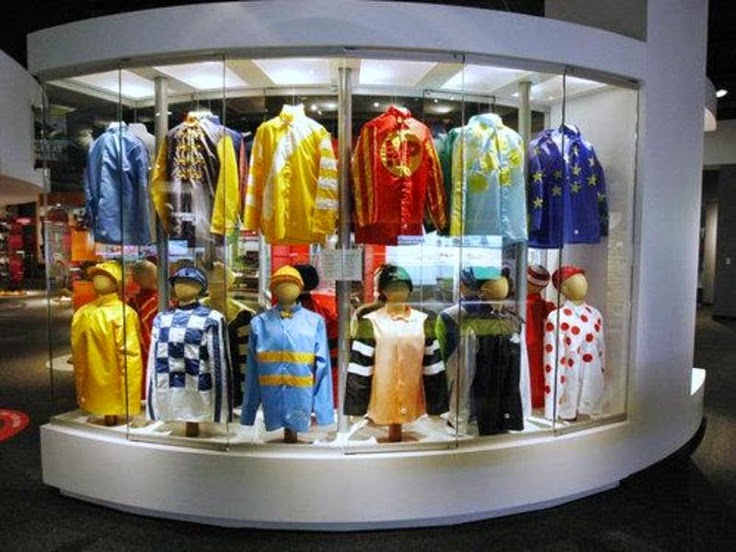 Who knew? My own silks would need to be pink and green. LOL!
Cagegories