National Hispanic Heritage Month begins Wednesday and will run through October 15, giving the United States an opportunity to recognize and celebrate members of our communities and their ancestors who hail from Mexico, parts of the Caribbean, Central and South America and Spain.

“The Latino community and Latino history is a fundamental part of American history,” said Emily Key, director of education at the Smithsonian Latino Center. “And recognizing that and understanding that are key reasons why this month is important.”
Here’s why America commemorates Hispanic Heritage Month and what you should know about it.

Rather than starting at the beginning of September, Hispanic Heritage Month takes place over 30 days starting on the 15th — a nod to the anniversaries of national independence for a number of Latin American countries: Costa Rica, El Salvador, Guatemala, Honduras and Nicaragua all recognize September 15 as the date of their independence, while Mexico’s independence is celebrated September 16 and Chile celebrates its independence September 18. 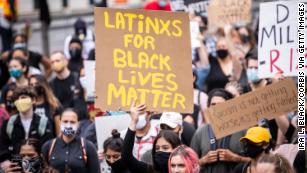 Why people are split on using ‘Latinx’
Hispanic Heritage Month traces its history to 1968, when the observance was just a week long. President Lyndon B. Johnson signed a bill designating the week of September 15 as “National Hispanic Heritage Week,” according to the Office of the Historian and the Office of Art & Archives for the US House of Representatives.
In the inaugural proclamation, he wrote of the “great contribution to our national heritage made by our people of Hispanic descent — not only in the fields of culture, business, and science, but also through their valor in battle.”
“That was a period for sure, when Chicanos in the Southwest, Mexican Americans, Latinos across the country were demanding greater inclusion and representation politically, culturally, socially, economically — everything,” said Geraldo Cadava, professor of history and Latina and Latino Studies at Northwestern University and author of “The Hispanic Republican.”
“It was a demand for greater inclusion and representation and acknowledgment that Latinos play an important role in the United States,” he said.
It wasn’t until nearly 20 years later that Hispanic Heritage Week was lengthened to an entire month under President Ronald Reagan. 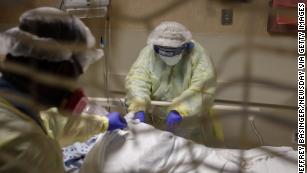 Latino Americans are optimistic about the country’s future despite being hit hard by the pandemic, a Pew survey finds
Rep. Esteban Torres of California had submitted a bill to expand it, saying in remarks at the time, “We want the public to know that we share a legacy with the rest of the country, a legacy that includes artists, writers, Olympic champions, and leaders in business, government, cinema, and science.”
Torres’ bill died in committee, but Sen. Paul Simon of Illinois submitted a similar bill that Reagan signed into law.
The contributions of Hispanics and Latinos to the United States are long and storied: Key pointed out that the first known colony in America was not Jamestown, but the Spanish colony of St. Augustine in Florida.
“Hispanics or Latinos … have fought in every war since the American Revolution,” she said. “They are business owners and veterans and teachers and public servants.”
She added, “Latinos are Americans, and they form part of this American fabric.”

But Hispanic Heritage Month is a chance for the country to acknowledge not only the rich history of its diverse Hispanic communities, but who they are today, said Felix Sanchez, chairman of the National Hispanic Foundation for the Arts.
“Hispanic Heritage Month gives us an opportunity to update the American people as to who Latinos are today,” he said, “to provide a contemporary context for all of our communities that are very different, that are part of the Latino ecosystem.” 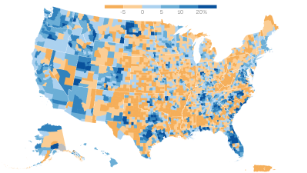 Census release shows America is more diverse and more multiracial than ever
Part of that contemporary context is the fact that Hispanics and Latinos make up an increasing portion of the overall US population.
The 2020 US Census showed that Hispanics and Latinos make up a fast-growing, multiracial group: In 2020, 62.1 million people identified as Hispanic or Latino — 18% of the US population. That number had grown 23% since 2010. Comparatively, the US population not of Hispanic or Latino origin grew just 4.3%, census data shows.
Between 2010 and 2020, just over half of the total US population growth — 51.1% — was due to growth among Hispanics or Latinos, per the Census Bureau.
This growth is just another reason why Hispanic Heritage Month is important, Key said. “If you’re 18% or so of the population, then you should also have representation, and we should celebrate and understand these communities that make up a large portion of the country’s population.”

There are lots of ways to acknowledge Hispanic Heritage Month, whether it’s engaging with books, films, documentaries — suggestions from Cadava include PBS’ documentary series on Latino America or the podcast “Latino USA” — or live programming related to Hispanics and Latinos and their history in the United States. 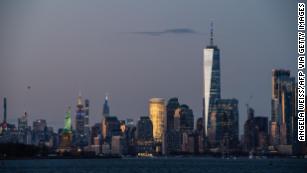 What the census results tell us about the future US electorate
“If that means in your local community, going to a Mexican Independence parade, of which there are many across the country, you should do that,” he said.
Alternatively, museums like the Smithsonian have events and online learning resources for families to use as guided learning on Latinos and their communities, including profiles of Latino patriots in military history. People can also visit local museums, she said, that have Latino content and collections.
Or you can just speak with people in your neighborhood, Key said. “Talk to a friend, talk to a classmate, talk to a neighbor, talk to your grocer, or your local restaurant where you get your favorite tacos,” she said.
“People like to share about their culture and their communities. … Learn about who they are and why they are in the neighborhoods they’re in, and discover that we probably share more in common than we think.” 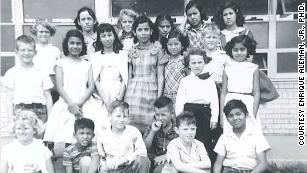 They were forced to repeat first grade three times in the 1950s. Soon, Texas students might not even know about them
It’s important to note, experts said, that you can recognize and acknowledge that heritage at all times of the year, outside of the 30-day period between September 15 and October 15. Hispanic Heritage Month is a “month of introduction” or an “entry point,” Key said, to learn more about your neighbors, classmates and colleagues and their heritage.
“Ideally, Hispanic Heritage Month would be unnecessary,” Cadava said, adding, “Do you need a month that is essentially American History Month, when Latino heritage, Hispanic heritage and American heritage meant the same thing?”
Sanchez echoed that, telling CNN, “Hispanic Heritage Month is an opportunity for both the Latino community to reinforce its accomplishments but also to extend beyond the Latino community, to remind all Americans that we are American.”
Cagegories