The Canadian Horse Racing Hall of Fame is pleased to name three people and three horses inducted into the Hall’s Class of 2021. As previously announced, the Board of Directors agreed to reduce the number of inductees for the Class of 2021 to three per breed. This will allow the 2020 and 2021 inductees to be properly recognized together once a gala event is hosted.

The Hall determined additional inductees will be added in 2022 and 2023 to offset the smaller class of 2021.

Erin, Ontario resident Jim Bullock has made immense contributions to the Canadian harness racing industry over the past 30 plus years as an owner, breeder, stallion syndicator, race track administrator and organization leader. Following his purchase of Glengate Farms in 1992, he stood three stallions that are now members of the Canadian Horse Racing Hall of Fame — Balanced Image, Angus Hall and Apaches Fame, and each stallion has had an immeasurable impact on the Canadian harness racing landscape. While Bullock has suspended the stallion division of Glengate, he continues to be active as a breeder with a broodmare band of approximately 30 top quality, trotting-bred mares, built largely by retiring some of his most successful racehorses, including Gramola, Juanitas Fury, Pepi Lavec and Oaklea Odessa. Bullock’s Glengate Farms can also lay claim to being co-breeder of double millionaire Art Official, world champion JL Cruze who made over $1.6 million and CHRHF inductee Odies Fame. It also seems fitting that Glengate Farms-bred Great Memories is also included in the CHRHF Class of 2021.

Jim has worked with leading organizations in the industry, such as the Woodbine Entertainment Group as a director and the Standardbred Breeders of Ontario Association, where he served as the organization’s president for more than nine years. Jim also played a significant role in the SBOA New Owner Mentoring program, created to introduce and educate new owners to the industry. In 2013 he was recognized by the Standardbred Breeders of Ontario Association with the Van Bussel Award for exemplary service and the Lloyd Chisholm Achievement Award for meritorious service.

Although 2021 Driver Inductee Randy Waples was born with harness racing in his blood, he still needed to earn what he accomplished as a driver. After spending close to 10 years honing his craft at tracks throughout Ontario, his career trajectory changed in 1996 when he won 150 races in 1,197 starts in what would be the first of 22 consecutive years as a driver with earnings reaching into the millions. The three-time O’Brien Award as Canada’s Driver of the Year, Waples also has a long list of stakes victories on his resume, including the 2012 North America Cup with Thinking Out Loud, three Maple Leaf Trot wins with San Pail (CHRHF Class of 2016), as well as Breeders Crown Championship wins with San Pail and Dreamfair Eternal (CHRHF Class of 2014) and two wins in the Canadian Pacing Derby with Strong Clan (1997) and State Treasurer (2016). Other notable accomplishments include four Battle of Waterloo wins and leading driver in Ontario Sires Stakes earnings in 2001, 2002 and 2010.

In April 2018, when harness racing moved from Woodbine to permanently reside at Woodbine Mohawk Park, Randy Waples was declared the all-time leader in wins at the Toronto facility with 2,605 victories. Nationally, Waples is the all-time leading money-winning driver of races in Canada, sporting more than 6,600 wins and $131 million in purse earnings. While the majority of Waples career has been spent on Canadian soil, his name was also added to U.S. record books when he won the Kentucky Sire Stakes Final at The Red Mile in 2000 with Real Desire, for trainer Blair Burgess (CHRHF Class of 2017), in a time of 1:50.4, a world record at the time for two-year-old pacing colts.

The 2021 Standardbred Female Horse Inductee Great Memories is a daughter of CHRHF 2000 Inductee Apaches Fame and out of Armbro Emerson’s daughter Save The Memories. Purchased as a yearling by Kenneth Fraser and Duane Marfisi, who also trained the filly, Great Memories’ race career was cut short due to an injury at age three. Bred by fellow CHRHF Class of 2021 inductee Jim Bullock at his Glengate Farm in Campbellville, she resides a few kilometres up the road in Rockwood. Ontario Standardbred nursery Warrawee Farm owns her.

Among Great Memories’ offspring are two world champions: Warrawee Needy and Warrawee Ubeaut. A winner of 29 races and more than $1.25 million, Warrawee Needy was freakishly fast at two (1:49.4s), faster still at three (1:48.4s) and the fastest in the world at four (1:46.4) for trainer and CHRHF Inductee Carl Jamieson. Named the 2011 O’Brien Award winner for two-year-old pacing colts/geldings, Warrawee Needy was virtually unstoppable as a freshman, ending his nine-win rookie season capturing the Ontario Sires Stakes Super Final at Woodbine Racetrack. At age three, Warrawee Needy duplicated his stakes-winning and record-setting ways. After setting an OSS speed record of 1:49.4 at two, he also set the record for three-year-olds with a 1:48.4 performance as a sophomore. At four, he won an Aquarius Series leg, his US Pacing Championship elimination and his William Haughton Memorial elimination at the Meadowlands Racetrack in world record time.

In her first season on the racetrack in 2018, Warrawee Ubeaut won seven of 12 races and earned a division-leading $646,995 en route to divisional honours U.S. Her wins included the $600,000 Breeders Crown and $207,000 Kentuckiana Stallion Management Stakes. Also, her 1:48.3 victory in a $61,250 division of the International Stallion Stakes at Red Mile made her the fastest two-year-old pacer (regardless of sex) in harness racing history. At age three, Warrawee Ubeaut continued to impress, matching her lifetime mark again at Lexington and winning 12 of 19 starts for earnings of $1,066,415, including an eight-race win streak. Notable wins included the Breeders Crown, the Jugette elimination and final and, in doing so, equalled the world record for a three-year-old pacing filly over a half-mile track. Her 2019 efforts were rewarded with a Dan Patch Award for her age category. As a four-year-old, Warrawee Ubeaut added the Roses Are Red title to her resume and lifted her earnings to nearly $2 million by season’s end.

The Thoroughbred Election Committee voted to induct Builder Vicki Pappas, Male Horse Heart to Heart, and in the Thoroughbred Veteran category, Not Too Shy.

Being recognized as a Thoroughbred Builder Inductee in 2021 is Montreal-born and Streetsville, Ontario resident Victoria (Vicki) Pappas, making her the third woman inducted the CHRHF in as many years. Throughout a career spanning over 40 years, Pappas has been engaged in various elements of the Canadian Thoroughbred industry; starting first as a groom, she has also been a trainer, owner and breeder. In 2006 Edenwold, bred by Pappas and her husband Bill Diamant and long-time friend Gail Wood, won the Queen’s Plate.

As the face of the Woodbine Sales Company, Vicki was involved in all aspects of the sale. As one of the first on-camera hosts for Woodbine’s expanded simulcast show, Vicki handicapped races on air. And as Woodbine’s stakes coordinator, Vicki worked tirelessly to encourage some of the world’s top horse people and horses to make the trip to Woodbine for major races.

Vicki may, however, be best known as the passionately dedicated and hands-on chairperson of LongRun Thoroughbred Retirement Society. Under Vicki’s leadership, what began as a few people looking for ways to ensure Thoroughbred racehorses have a dignified and happy retirement, has grown into a registered charity, recognized as one of the continent’s most respected horse retirement and adoption organizations and is also the first industry-funded adoption program in Canada. LongRun has successfully retired and adopted over 1,000 racehorses and continues to care for 50 horses on its farm in Hillsburgh, Ontario. Many of the farm’s resident equines are ‘lifers’ who will comfortably live out their days under the care of LongRun.

Bred by Darrell Bauder’s Alberta-based Red Hawk Ranch and foaled in Ontario, the 2021 Thoroughbred Male Horse Inductee Heart to Heart was a $25,000 purchase Lethbridge, Alberta’s Terry Hamilton at the CTHS yearling sale in 2012. That investment proved lucrative, with the horse earning over $2 Million (US) in a high-profile seven-year racing career which included 15 wins and nearly $50,000 per start in 41 starts.

As a two-year-old, the son of English Channel out of the Silver Deputy daughter Ask the Question, made starts in both Canada and the U.S. His Canadian starts included a third-place finish in the Vandal Stakes and finishing fourth in both the Simcoe Stakes and Coronation Futurity. Following his sophomore year, which included finishing third in the Toronto Cup Stakes as well as starts in the Queen’s Plate and Marine Stakes, Heart to Heart was named the Sovereign Award Champion Three-Year-Old in 2014, on the merits of winning four of eight races, including two Grade 3 scores at Churchill Downs.

Trained throughout his career by Brian Lynch, Heart to Heart won two Grade 1 races back-to-back in 2018 with a victory in the Gulfstream Park Turf in February of that year, followed by a decisive win in the Makers 46 Mile in April at Keeneland.

In total, Heart to Heart was victorious in 11 graded stakes at US tracks, including Belmont, Monmouth, Saratoga, and aforementioned Churchill Downs, Gulfstream Park, and Keeneland. During his seven-year career, this Canadian bred and owned horse had triple-digit (100+) Beyer speed figures 18 times, with 10 of his stakes wins achieved in gate-to-wire fashion. Impressively, he also had at least one graded stakes win each year from age three through age seven.

Bred and owned by Conn Smythe (CHRHF Class of 1977) and trained by D. P. (Donnie) Walker, 2021 Thoroughbred Veteran Inductee Not Too Shy won just two races in her initial year of racing (1968) but, in the next three years, she would establish herself as one of the top stakes-winning fillies of her era. A 1966 daughter of Nearctic out of Twice Shy, she withstood a hard campaign in her sophomore year, going to the post 19 times.

Included in her accomplishments were victories in the Fury, Wonder Where, Maple Leaf, and Duchess Stakes, a race in which she defeated Kentucky Oaks winner Hail to Patsy. Not Too Shy would lose the 1969 Canadian Oaks by a head to Kinghaven Farm’s Cool Mood (inducted in 2014) after a long stretch duel. However, these two fillies would battle three more times, with Not Too Shy prevailing in each of those meetings to avenge her Oaks’ setback. Later that year, she took on the boys in the Breeders’ Stakes, finishing in third place.

Often racing against older males and equally adept on both dirt and turf. Not Too Shy’s four-year-old season included 15 starts with wins in the Seaway, Canadian, Belle Mahone, Maple Leaf (again) and Tattling Handicap. Not Too Shy, described as a big, strapping bay filly, was named Canada’s Champion Older Filly of 1970 for her efforts at age four.

At age five, she continued to race at a high level, earning six wins in 14 starts with victories in the Whimsical, repeating in the Seaway Stakes and a fourth-place finish against top fillies and mares in the Susquehanna Handicap at Liberty Bell in Philadelphia. Not Too Shy retired with 11 stakes victories among her 23 wins. Her breeding career produced multiple stakes winner and 1978 Queen’s Plate contender, Lucky Colonel S.

The Canadian Horse Racing Hall of Fame congratulates all of this year’s inductees and their connections. 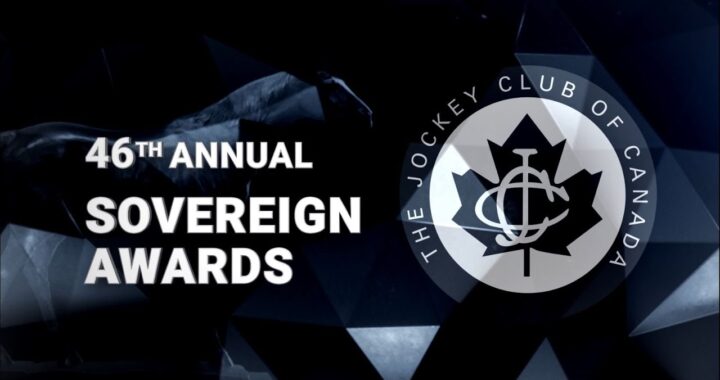 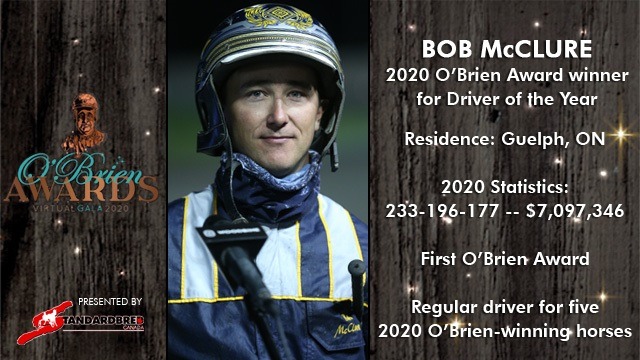