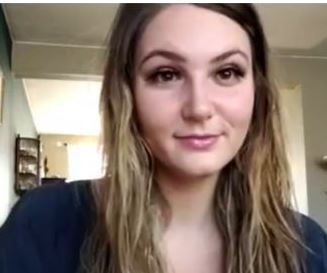 Every girl loves ponies, but not every girl knows how to bet on those ponies. To call Monique Vág a horse racing enthusiast would be like calling the Kentucky Derby just another weekend in May. When she isn’t betting on her hometown Toronto Raptors and Maple Leafs (OK, maybe against the Leafs), she’s at her second home at Woodbine Racetrack. Vág has written for Covers since 2013, taking on the challenge of betting every single 2014 NCAA Tournament game as well as betting every college football bowl game in 2014-15.

MILTON, September 26, 2019 – Woodbine Entertainment is pleased to announce the addition of Monique Vag as the newest member of its on-air broadcast team.

A long-time fan and horseplayer, Vag comes to Woodbine with knowledge of both breeds and has spent several years handicapping professionally. Her work prior to Woodbine includes six-years as a freelance sports journalist, contributing with outlets such as America’s Best Racing and Covers.com.

Vag has gained a strong following on social media through her Twitter moniker @ParlayQueen, providing picks for horse racing, NCAA and more.

From NBA props to horse racing and even eSports odds, Monique has been providing the Covers audience with her best bets and analysis since 2013. A race commentator at Woodbine Mohawk Park in Toronto, Monique doesn’t just limit herself to the ponies and is always eager to break down her favorite plays for the day’s biggest games.

Team: Whoever I bet. No biases here.
Sport to bet on: College football
Sports movie: Rocky
Sports snack: Something classic. Sliders.
Covers feature: Is it narcissistic to say my own?

Monique is extremely driven to be the best and always accomplishes any goals she sets. She is one of the most intelligent people I have met.