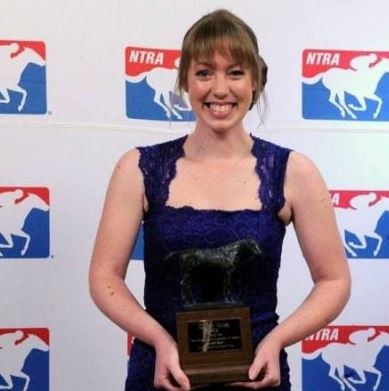 Natalie Voss started with the Paulick Report as an intern soon after its inception while working toward her bachelor’s degree in equine science, which she received with honors from the University of Kentucky. In addition to editorial work, she sought experience in various parts of the equine industry, including breaking yearlings, preparing/showing yearlings at the sale, retraining off-track Thoroughbreds, and assisting in public relations for an equine hospital. She returned to the Paulick Report in early 2013 as a weekend editor and features writer and is a three-time Eclipse Award winner.

Natalie Voss is a three-time Eclipse Award-winning and multiple Stanley Bergstein Award-nominated writer focusing on enterprise writing in the horse racing industry and legal and veterinary topics relating to horses. She also covers topics relating to eventing and other equestrian sport and local central Kentucky news. Her work regularly appears on the Paulick Report and the Chronicle of the Horse, among other publications.

Natalie Voss received her bachelor’s degree in equine science with honors from the University of Kentucky and has worked in public relations and journalistic capacities since then. Her work includes investigative features, breaking news and profiles on various topics, including equine and local news. Her byline has appeared in the Paulick Report, Business Lexington magazine, Chevy Chaser, Southsider, Chronicle of the Horse, The Horse magazine, The Blood-Horse, Quarter Horse News, American Racehorse, Acreage Life, Veterinary Practice News, BirdTalk, and Equine International, among others.

Natalie won the 2016 Eclipse Award for News/Enterprise Writing for her feature titled, ‘Something’s Wrong With My Brain: Lurking Danger Of Concussions For Jockeys,’ which appeared on the Paulick Report. In 2020, she won Eclipse Awards in writing categories for stories on Thoroughbred aftercare featured in the Paulick Report. The winning entry in the Feature/Commentary category was titled ‘“An Angel On His Shoulder”: This Thoroughbred’s Fate Was Written In Ink.” The winner in the News/Enterprise category was a multi-part series on the state of Thoroughbred aftercare. Read Part 1 of the series here.

Natalie was nominated once in 2015 and a record four times in 2016 for the Stanley Bergstein Writing Award for investigative reporting. She has twice received third place in the Kentucky Press Association Awards in the best sports feature category for “Keeneland’s switch back to dirt could appeal to Breeders’ Cup and Derby contenders” and in 2011 for her feature titled, “For the love of horses.”

Voss is a proud board member of the National Turf Writers and Broadcasters Association and the Kentucky Horse Council.