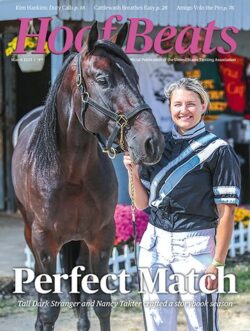 Nancy Takter, 39, started Don’t Let’em in the 2019 Hambletonian. The colt finished second in his elimination and went off stride in the final.

She made her Hambletonian final debut in 2014 with Resolve, finishing fifth. She has started two other horses in elims, one each in 2015 and 2016, but did not reach the final.

Takter received the Rising Star Award from the U.S. Harness Writers Association in 2014.

Last year, Takter set career highs with 72 wins and $4.59 million in purses. Her earnings ranked seventh among all trainers in North America.