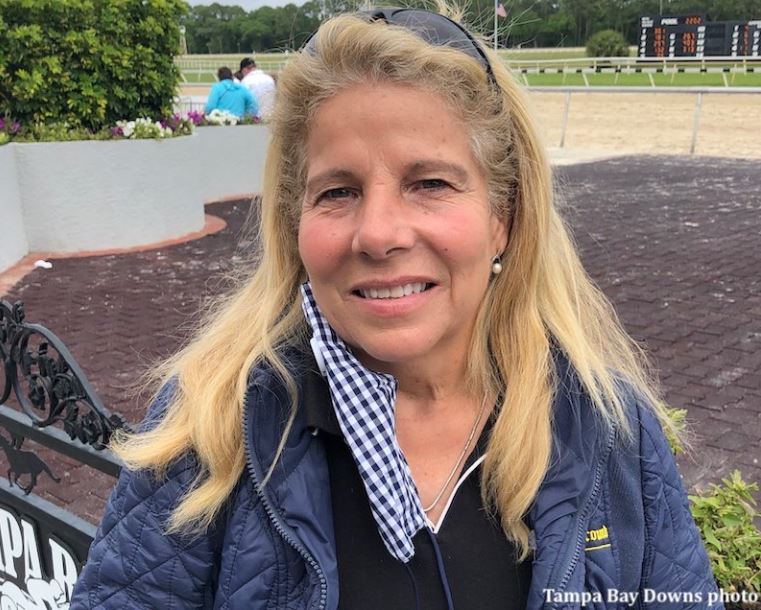 Sharon Boland, Daughter Of Hall Of Fame Jockey, Happy To Be ‘Back At The Races’
Paulick Report by Mike Willman/Santa Anita – 3h ago  –

As she accepted congratulations from a stream of well-wishers at Tampa Bay Downs in Oldsmar, Fla., after winning Saturday’s sixth race on the turf with 5-year-old mare Twirling Star, trainer Sharon Boland struggled to keep her emotions under control.

It wasn’t just winning two races on a card under her own name for the first time that caused Boland to choke up. The occasion also gave her a chance to reflect on a lifetime around Thoroughbred racing that has provided rewards lasting far beyond the excitement of getting to the winner’s circle.

“I was still breaking babies five or six years ago, but I was pretty much thinking about getting out of the game because it was changing so much. I had a lot of owners who said, ‘You need to be back at the races. This is what you love, and this is what your passion is.’ So I came back, and it’s paying off,” she said.

Boland, who also won the first race with 5-year-old gelding He’s Royalty, has 12 horses in training at Tampa Bay Downs and six more babies at Lambholm South in Reddick, Fla., including a few she bred and “which I’m quite excited about.”

Boland learned to gallop horses at Lambholm South when it was known as Hobeau Farm and later galloped for trainers Bill Badgett and the late Sarah “Sally” Lundy.

Saturday’s victories were her first of the meeting. He’s Royalty, who broke his maiden in the 5 ½-furlong first, is owned by Bart Brookshire and was ridden by Mike Allen, while Wilmer Garcia rode Twirling Star for Boland and owners Anthony Ali, Khaleef Ali and Yanush Ali in the 1-mile sixth. The victory was the mare’s second.

Boland is the daughter of National Museum of Racing and Hall of Fame member Bill Boland, who won the 1950 Kentucky Derby on Middleground as a 16-year-old apprentice jockey. A day earlier, Boland had won the Kentucky Oaks on Ari’s Mona. Before turning 17 that July, he earned the first of his two Belmont Stakes victories on Middleground. Boland and Middleground finished second in the Preakness to Hill Prince.

Bill Boland lives in Palm Coast, Fla., with his wife of 68 years, Sandy. In honor of his Kentucky Derby victory, Sharon named her property in Reddick, Middleground Farm.

“My dad taught me everything I know, mostly about integrity,” Sharon said. “Meaning you’ve got to be able to go home and sleep at night. You do the business right, work hard, hay and oats, and it will pay off. You treat people fairly and be honest, and that is what I try to do.”

Following Saturday’s victories, Boland was just as happy for Allen, Garcia and her team that helps care for her horses on the Tampa Bay Downs backside. “You can’t take credit for everything. It is 99 percent the horse, but it takes all of us and all the hours you put in.

“I have a lot of people supporting me, and winning two today means the world to me.”

The post-Sharon Boland, Daughter Of Hall Of Fame Jockey, Happy To Be ‘Back At The Races’ appeared first on Horse Racing News | Paulick Report.