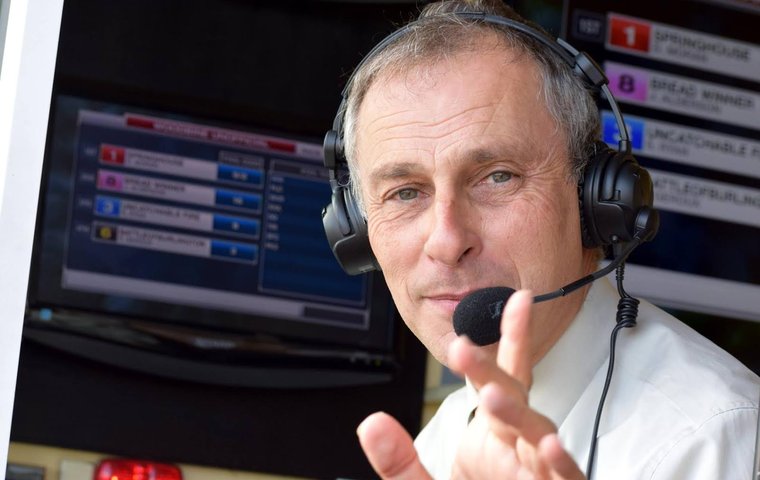 Geller, formerly the track announcer at Emerald Downs Racetrack, will call his first race at Woodbine on Saturday, June 13.

“Woodbine Entertainment Group has been blessed with the distinctive tones of Dan Loiselle, truly the voice of Canadian racing, for nearly three decades. With the addition of Robert Geller, an Englishman by way of Australia, we add a new and exciting accent to accompany our races,” said Jim Lawson, WEG’s Chief Executive Officer. “Robert is a seasoned race caller, with a wealth of international experience having called races in Australia and Hong Kong, and we are delighted he has chosen to bring his unique talents to Canada. We warmly welcome Robert to the Woodbine Entertainment Group family.”

Woodbine racing analyst Dawn Lupul and backup announcer Greg Blanchard will bridge the gap between Loiselle’s final call on May 31 and Geller’s first foray into the announcer’s booth on the eve of the Woodbine Oaks, presented by Budweiser.

The 55-year-old Geller was born in Birmingham, England but at the age of three and a half, moved with his family to Melbourne, Australia where he would regularly attend the races as a young boy. His love for horse racing runs in the blood, with one grandfather a former bookmaker in Brighton, England.

A qualified speech pathologist, having graduated from the Lincoln Institute of Health Sciences with a Bachelor of Applied Science degree in communication disorders, Geller worked in a variety of positions as a speech pathologist including St. Vincent’s Hospital in Melbourne.

Geller pursued his passion for calling races on the weekends, eventually earning part-time work calling harness, greyhound and thoroughbred racing in his home state of Victoria.

He took his first official job in 1984 at Wangaratta, calling ten race days a year. His calendar began to quickly fill up, appointed as the course commentator across the four tracks in the north-east of the state, expanding to Benalla, Tatura and Wodonga along with summer duties on the picnic circuit at Wonthaggi and Woolamai Racing Clubs along the Mornington Peninsula.

In 1989, Geller pursued an opportunity with the prestigious Royal Hong Kong Jockey Club to become the English-speaking race caller at Happy Valley and Sha Tin, a role he held for six and a half years.

He left Hong Kong for Washington State in 1996 to become the track announcer at Emerald Downs for its inaugural season and has been their race caller since.

Since its 2000-2001 season, Geller has also taken on announcer duties at Sunland Park Racetrack & Casino in New Mexico and will continue in that capacity.

“Ever since my first visit to Toronto in 1993 when I saw Peteski win The Queen’s Plate, I have felt an affinity for the track and the city. To be asked to follow on from Dan Loiselle as the next voice of Woodbine is an honour,” said Geller. “I am especially excited to call turf races again. I look forward to bringing my years of experience to such a world-renowned track and to build on the skills that I have developed through both Emerald Downs and Sunland Park Racetrack & Casino, as a new member of its dynamic broadcast team.”

On July 5, Geller will call his first Queen’s Plate, succeeding Loiselle, who has been the familiar voice of the Gallop for the Guineas since 1987 when Market Control was a surprise winner for Roger Attfield and Kinghaven Farms.

Loiselle began his career with Woodbine, then known as the Ontario Jockey Club on August 1, 1967, as an assistant race secretary in the standardbred division and backup announcer. The 63-year-old native of Scarborough announced at the end of the 2014 Woodbine meet that he would bring his 29-year-career to a close on May 31.

“Robert is an elite announcer and a class act, and I wish him the very best,” said Loiselle. “It has been an absolute honour for me to announce Canada’s greatest races, and I am confident Robert will be embraced by Canadian racing fans and will find a tremendous following in this country.”

Geller will take command of the mic on June 13 with his first added-money event at Woodbine to be the Bold Ruckus Stakes.