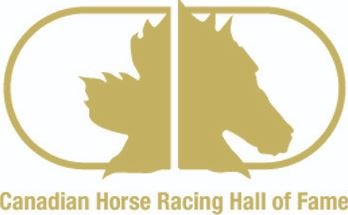 The Canadian Horse Racing Hall of Fame is pleased to announce its 2021 ballot. Due to Covid-19 restrictions resulting in the Hall not yet fully honouring the Class of 2020, the Board of Directors determined it best to reduce the number of inductees for the Class of 2021 to three per breed. This will allow for the 2020 and 2021 inductees to be properly recognized together, once public health guidelines permit.

The Board also decided additional inductees will be added in 2022 and 2023 to compensate for the smaller class of 2021.

A total of 18 people and horses comprised of nine Standardbred and nine Thoroughbred candidates have been selected to appear on the voting ballot. A 20-person Election Committee for each breed will determine the one individual to be inducted in each category, with the results to be announced on Tuesday, April 13th.

The three categories selected by the Thoroughbred Nominating Committee for the 2021 Thoroughbred ballot are Builder, Male Horse, and Veteran Horse. (Categories and finalist names in each are presented below in alphabetical order.)

Edmonton, Alberta-born Charles E. Fipke, a successful Canadian geologist and prospector who was involved in the discovery of the Ekati Diamond Mine in the Northwest Territories, has been involved in the Canadian Thoroughbred Industry for close to forty years. Among his accomplishments, he bred and owned three Sovereign Award-winners including 2008 Champion Three-Year-Old Male and winner of the 2008 Queen’s Plate, Not Bourbon; 2010 Champion Older Female, Impossible Time; and 2003 Champion Male Turf Horse Perfect Soul, who went on to become a successful sire. Also, Mr. Fipke bred and owned a number of other successful racehorses including the winner of the 2011 Breeder’s Cup Filly and Mare Turf (GI), Perfect Shirl. Charles Fipke is one of the most successful Canadians campaigning in major races in the United States. In addition to Perfect Soul and Perfect Shirl, Fipke’s other Grade 1 winner there included; champion Forever Unbridled, Bee Jersey, Lemons Forever, Seeking the Soul, Jersey Town and Tale of Ekati. Fipke also enjoyed recent Grade 1 success at home when his Lady Speightspeare captured the 2020 Natalma.

The late Sam Lima’s involvement in racing included many decades as an owner, a promoter of the sport and in the many positions, he held with the HBPA, where he was a leader and advocate for the services and resources available to track workers, not only while they were in the industry, but following their time on the backstretch. Sam founded and was the driving force for nearly 60 years behind the highly popular Toronto Thoroughbred Racing Club which benefitted thousands of racing fans by educating them about the finer details of the game through regular interaction with racing’s many stars.

Sam was also the first Chairman of the Fort Erie Advisory Board from 1985-1994 and advocated diligently for the continuation of racing at Fort Erie. In 1992, Sam played an important role in establishing a simulcasting policy that still remains today. Mr. Lima, who passed away in 2019 was recognized in 2018 by the Jockey Club of Canada with a special Sovereign Award for his lifetime contributions.

Montreal-born Victoria (Vicki) Pappas, a longtime owner, breeder and trainer retired from her career at Woodbine that included a period of time spent as a simulcast broadcaster, so she could solely focus her time and energy on the development of the LongRun Thoroughbred Retirement Society (LTRS). Since its formation in 1999, LTRS has re-homed over 600 thoroughbred racehorses donated by owners and trainers who support the charity’s mandate, policies and the vision of its founder. Seventeen years after being granted charitable status, LTRS opened the stable doors to its own facility in Hillsburgh, Ontario where retired thoroughbreds are prepared for adoption to their forever homes.

Fatal Bullet, Bred by Adena Springs, owned by Danny Dion’s Bear Stables and trained by Reade Baker, was one of Canada’s fastest sprinters in recent decades. He was voted Canada’s Horse of the Year in 2008 on the strength of being named Canada’s Outstanding Sprinter that year. He captured 12 career races including five stakes and earned $1,377,256.00 in total. Winning his first career start as a juvenile in 2007, his three-year-old year included three early-season wins at Woodbine, followed by track-record performances at Woodbine in the Bold Venture Stakes, Presque Isle in the Tom Ridge Stakes and at Turfway Park, earning a trip to the Grade 1 Breeder’s Cup Sprint where he placed second behind heavily favoured Midnight Lute in the quickest running of the race to date in 1.07.08, which projects Fatal Bullet to having earned the second-fastest time in the history of the race.

Heart to Heart, a $25,000 CTHS yearling sale purchase in 2012 by owner Terry Hamilton turned out to be a lucrative decision, with the horse earning over $2 million (US) in a high-profile seven-year racing career, the majority of which under the tutelage of Brian Lynch, with 15 wins, and racking upgraded stakes wins at ages 3, 4, 5, 6, and 7. In 2014 he was named Sovereign Award Champion 3-Year-Old, winning 4 of 8 races, including two Grade 3 scores at Churchill Downs. While Heart to Heart never won in his homeland, he did score twice at the highest level in the United States capturing the Gr 1 Maker’s 46 Mile Stakes and the Gr 1 Gulfstream Park Turf Stakes.

Irish-bred Joshua Tree’s career statistics feature earnings of $3,851,594 in 37 starts (7-7-4). Three of those wins came at Woodbine in the Pattison Canadian International Stakes (G1) in 2010, 2011, and 2013, an unprecedented accomplishment. Other graded stakes win for this world travelling son of Montjeu include the Qatar International Invitation Cup (G1) in 2011, the Judamonte Royal Lodge Stakes (G2) at Ascot in 2009 and the Darley Prix Kergorly (G2) in 2009.

In the Thoroughbred Veteran Category, voters will select from Formal Gold, Mt Sassafras and Not Too Shy

Ontario-bred Formal Gold remains the fastest Canadian-bred in terms of speed figures, even though his final year of racing occurred in 1997. Bred by Mr. & Mrs. Rodes Kelly, trained by William W. Perry and owned by John D. Murphy, Sr., this son of Black Tie Affair, received an Equibase Rating of 136, one of the highest in history. Formal Gold was also ranked among the top handicap horses of 1997 with gate-to-wire efforts in two Grade 1 victory; the Woodward Stakes in September of that year after winning the Donn Handicap at Gulfstream in February, defeating HOY and US Hall of Fame horse Skip Away in both races. At stud, he ranked among the top 1% as a sire of 2-yr-old winners from starters at 45% and sired progeny with global earnings of nearly $16 million (US), including 19 stakes winners.

Bred by Aubrey Minshall and owned throughout his career by Minshall Farms, Mt. Sassafras, was a winner of $1.3 million with a race record of 8-7-14 in 47 starts under the training of Barbara Minshall. The multiple graded stakes winner’s victories included the Gulfstream Park Handicap (G1) in 1997, the Dominion Day (G2) in 1999 as well as the Eclipse Handicap (G3) in 1996. Mt. Sassafras was named the Sovereign Award Champion Older Horse and Horse of the Year in 1996. He is fondly remembered for his courageous pace-setting effort in the 1996 Grade 1 Breeders’ Cup Classic at Woodbine where he lost the lead only late to be a tight fourth behind the outstanding trio of Alphabet Soup, Louis Quatorze and Cigar. When Mt Sassafras won the 1997 Grade 1 Gulfstream Park Handicap he defeated multiple champions Skip Away.

Nearctic daughter Not Too Shy was bred and owned by the late Conn Smythe. During a racing career spanning from 1968-1971 that included 55 starts, 19 of which came in her sophomore year, she accumulated a total of 23 wins, 8 seconds and 10 thirds, establishing herself as one of the top stakes-winning fillies of her era. Her resume includes wins in the Fury, Wonder Where, Maple Leaf and Duchess Stakes. Three times Not Too Shy defeated CHRHF Honoured Member Cool Mood, to redeem herself following a hard-fought battle and close second-place finish in the 1969 Canadian Oaks.